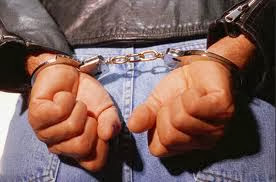 This is very unfortunate......

The police in Kogi have arrested a 13-year-old boy, Yinusa Halilu, for allegedly killing his friend and classmate, Mustapha Kazeem, 12, over a damaged earpiece.

ACP Austin Evakhabokun, the Acting Commissioner of Police in Kogi, made this known to journalists on Monday in Lokoja.

He said that the demand enraged the deceased who reportedly called the suspect a thief, adding that this resulted in an exchange of hot words, as Halilu insisted on collecting the money by force.

Evakhabokun said that Kazeem became furious and rushed into the house, brought out a sharp cutlass and inflicted cuts on the suspect’s head.

He said that the suspect reportedly rushed to a nearby restaurant with his machete cuts and picked a sharp knife, with which he stabbed the deceased in the chest, leading to his death.

In an interview with newsmen, the suspect said that he borrowed the telephone earpiece from someone, saying that he insisted on replacing it since he did not know what to tell the owner.

He said that Kazeem was his friend and that they were both in Primary Five.

Halilu said that the deceased hit him on his head with a machete, adding that in retaliation, he stabbed him in the chest, which led to his death.

The police also paraded 14 armed robbery suspects, including an 85-year-old man, whose nephew was involved in car robbery, and a homicide suspect