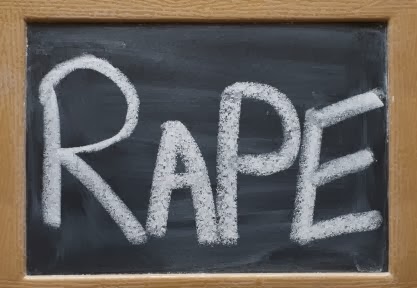 Omo! this man must really be sick mentally or possessed by some vile,pervert demon...

According to Vanguard, Adedapo had invited the old lady to his house on November 7 this year under the pretence that he had some plantain from his farm for sale.

Only for him to take advantage of the old woman’s fragile nature, overpowered her and had sex with her.Telling her story, the victim said:

“Lawrence Adedapo is my neighbour. He invited me to come and collect plantain but instead he pushed me on his children’s bed and forcefully had carnal knowledge of me. I later rushed to the police station to report the matter.”

Upon interrogation, the suspect confirmed that he had carnal knowledge of the woman but denied forcing her, claiming that she was his mistress.
He said:

“I knew her long time ago. I knew her as a widow from Moba Local Government Area of the state. We have known each other for the past 35 years and I have been dating her for long.
The last time I had sex with her was in April during Easter before meeting her again on November 7. That was the second time we met this year.
I did not force her into it and I had her consent before doing it”.

Asked why she reported the matter to the police, Adedapo said:

“I promised to give her N2,000 which she asked for before we did it. But after the sex I was able to give her N1,000 only. That could be the reason why she alleged that I raped her.
I later found out that she was bleeding as a result of the sex.
I did not even ejaculate because I used my children’s room, so I had to rush.”

However, the police image maker in the state, Mr. Victor Babayemi, ASP, insisted that the investigation carried out by the police revealed that the old woman was actually raped by the suspect.He said:

“In the course of investigation, facts emerged that the suspect knew the victim to be of old age, 75, and in menopause.She could not have been bleeding without tampering with her organ. Medical report shows that there was a violent sexual assault on her; she was also said to be distressed with her genital smeared with fresh blood. It shows that he invited the woman with criminal intent to have intercourse with her.