''I wore Micheal a Condom every night'' - Dr. Conrad Murray 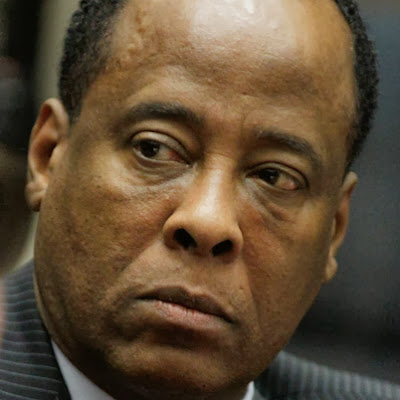 Dr. Conrad Murray says he and Michael Jackson were so tight, he would hold his penis for him.

In a bizarre, rambling interview with The Daily Mail, Murray says, "You want to know how close we were? I held his penis every night to fit a catheter because he was incontinent at night."

Murray went on to say, "He wore dark trousers all the time because after he went to the toilet he would drip for hours."

And there's this mystery ... Murray says, "Michael didn't know how to put a condom on, so I had to do it for him."Murray also discloses some of the things TMZ revealed years ago that Murray believes Michael killed himself. Murray claims when he walked out of Michael's bedroom the day he died, "I believe he woke up, got hold of his own stash of Propofol and injected himself. He did it too quickly and went into cardiac arrest."

And, Murray suggests, MJ's kids have 3 different fathers, and Michael isn't one of them. Murray says, "Michael told me he never slept with Debbie Rowe."

And, Murray insists, Michael told him he had been sexually assaulted by one of his doctors while under sedation.

And this bizarre comment. Murray suggests Michael predicted he would die on Murray's watch. He says MJ once looked at him and said, "You know, for the rest of your life and my life our names will become inseparable." Murray says MJ smiled and said, "I am clairvoyant."