Singer, Dencia narrates her ordeal with robbers in France 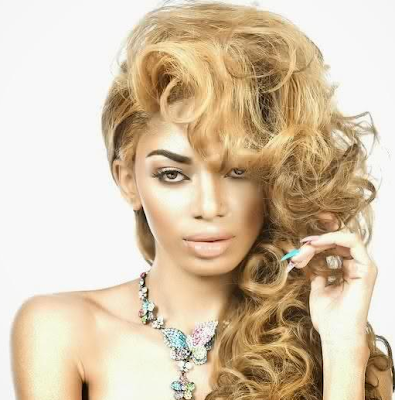 Cameroonian singer, Dencia spoke with Encomium magazine recently on her encounter with robbers in France...

How and when did it happen?

It happened on Monday, November 11, 2013 in the morning. I went to a currency exchange place in Paris, France. I was accompanied by my sister since it was a public holiday. It was the only place opened. Moreso, I had used their service a week before. I went to change dollars to Euro so I could send through Moneygram to Nigeria, Cameroun and USA for business purposes and also for my dog’s upkeep. My sister dropped me off and I went to join the queue. I was the second person on the line. A Haitian man was in front of me. I took out my cash, gave the man that was going to Nigeria $900 and kept the remaining $6,100 which I wanted to send to USA.


I had to make a phone call to my brother because I wanted my grandma to bring some things for me from Africa. While I was doing that, I was told to sign. So, I put my bag down to do just that. Before I knew it, within seconds, the bag was gone. I turned back and saw some Africans standing. I asked them and they said the man behind me took the bag. I was shocked because nobody screamed or said anything. They were just watching, while another person was robbed. I asked the currency exchange people to call the corps while I called my sister who was in the car waiting for me. I really felt terrible. My sister who was nine months pregnant had to go through the stress.

Did the police interrogate the five people that witnessed the robbery?

They didn’t wait for the police to come. I guess they had no papers and didn’t want to face the police. The man they accused of stealing even came back. He claimed he had to change a name on his transaction that was why he went out. The people who pointed accusing fingers at him couldn’t confront him when he came back. He was searched but couldn’t find anything on him, so they couldn’t do anything. I was surprised, shocked and at the same time, I started suspecting those five Africans but they had gone.

Tell us about your trip to Paris, is it business or career related?

I originally went to Brussels (Belgium) for a show and after that, had some offers in Paris, France. I also had some collabo and TV appearances. Moreso, I haven’t seen my kid sister in over eight years. So, I took the opportunity to do all that.