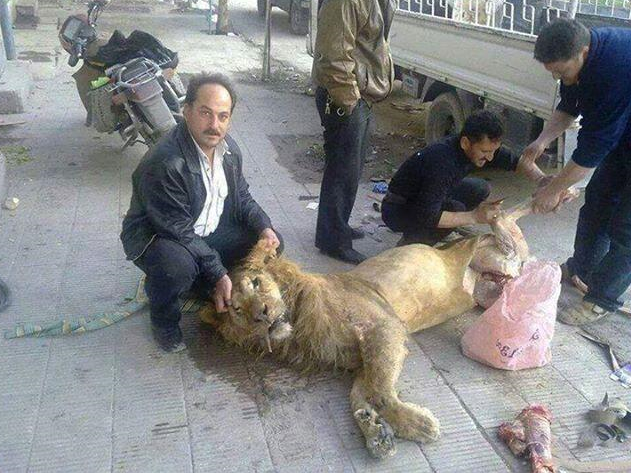 This is very stomach unsettling...you might say it's wicked but what choice do they have? These people are starving!

This image of Syrians cutting up a lion is being shared widely on social media, with activists pointing to the picture as proof that the nation's besieged citizens are now so hungry they are having to kill zoo animals to survive.

The picture above shows three men next to a dead lion, with one man next to the lion, holding up its head.
The image has not been independently verified, but many are reporting they slaughtered the lion from Al-Qarya al-Shama Zoo, in East Ghouta, for food. It is being circulated as an example of the levels of sheer desperation many have reached in the war-torn capital.The eastern Ghouta district has been under siege by the Syrian Army for six months and residents have reported food shortages. The area was among other regions in Damascus affected by a chemical weapons attack in August.