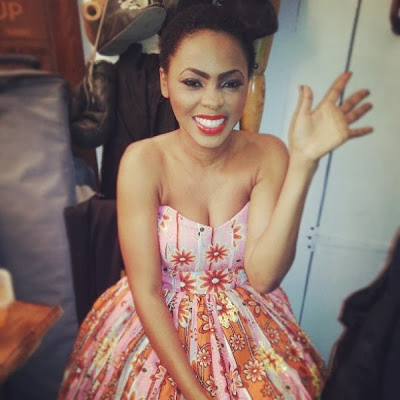 Singer Chidinma Ekhile in a new interview with Punch:

I woke up one morning and I was greeted on the internet with ‘Chidinma and sex tape’. I was worried primarily because of my mother. I didn’t let her see the video but I had to show her the photos. I didn’t want to go out that day. I couldn’t go out. But my mum felt otherwise. She told me to ignore the mischief makers.

I almost took some actions but I thought against it. I met Sound Sultan on a set. He told
me, ‘Babe, you are now a star. I welcome you officially into the industry.’ I trended for three days. Even people who didn’t know me got to know me.

My fan base grew. And then, I was happy because more than 90 per cent of the public didn’t believe I was the one in that video.

There were people who didn’t need to see the video to believe I couldn’t have done such thing.
I am just grateful to everyone who didn’t believe the story. My twitter account was hacked and the people created another account. They kept releasing nasty pictures and they were even responding to the tweets as if I was the one doing it. I was just watching and laughing. It put me in the spotlight. I used it for good.

Ever since I started, I have been scared of scandals. I didn’t want to have any. But I realized that I cannot run away from it. It is just normal. It is not everybody who is happy seeing me rise. Some people are trying to do something to stop me. But sex tape is not enough to stop me. They should bring up something else.
The sex tape just took me to another level in my career. It moved me up. This is no more ‘little’ Chidinma. It didn’t bring me down in any way. I am still doing a lot of things.