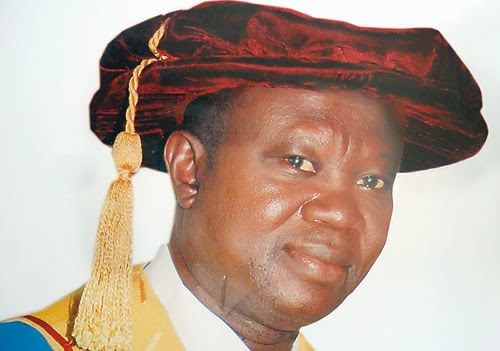 The latest Information reaching me now on the bowen riot issue is that 50 students will face a panel setup by the school's VC, Mathew Ojo for their involvement in the fracas.

Prof. Ojo stated on Wednesday, March 25, 2014, that the panel, which would include two representatives of the students, would be headed by the Dean of Science, Prof. Samuel Ilori....read more and watch a video of him speaking on the matter.
He added that the university also planned to hold a stakeholders and parents’ meeting at Ibadan, Lagos and Osogbo from March 28 to 31.

The vice chancellor said students accused of taking part in the riot would be given opportunity to defend themselves before the panel.

He stated that the inability of some students to watch the European Champions League match due to power outage in a section of the male hostel prompted some students to mobilise others to protest.

According to Ojo, the management has been spending huge sum of money to fuel the diesel generator to provide electricity to the campus.

The VC noted that power supply to Iwo town had been irregular since the rainstorm of March 12, saying the university had been supplying electricity through generator and it had sunk 29 boreholes to supply water to the campus.

He said, “The management has set up a panel of enquiry to investigate the crisis. Although there are enough rules in the student information handbook to take care of the situation, we do not want to act under emotion.

“Any student accused of any wrong doing in connection with the disturbances will be given opportunity to defend himself or herself for justice to take its course.

“We appreciate the understanding of the parents of our students. We also assure them that the safety and security of their children is paramount in our agenda and we will not fail them. The university’s commitment to academic excellence and godliness on character will continue to be upheld.”

Property worth N50 million were damaged during the face-off between students of Bowen University, Iwo, on Wednesday, March 19, 2014. The students protested against power outage and lack of water supply in one of the new hostels in the school and increase in tuition fees.

No fewer than 20 vehicles were damaged by the students as they razed down buildings, smashed cars and caused mayhem all over the university campus.

Insiders squealed, “On the morning prior to the outrage, students had to go on an ‘adventure’ to search for water. Many students got back to the hostel with empty buckets, those that found water protected it. The absence of light added pepper to our injuries as students wondered whether the expensive school fees did not cover electricity supply. Some students were even found using torch to read in the library and this made me ask myself what century we were actually in.”

The outrage started in John Hall where some gadgets including an iPad, a Blackberry z10 and some laptops got spoilt at around 7:30pm by the fluctuating power supply. This pushed the students of John Hall over the edge as they started throwing louvre blades, destroying dustbins, breaking doors, attacking the porters, among other things. Just as we thought it was about to end, the other halls, Luke, Mark and Matthew, became possessed with the spirit of violence.

The outrage continued as the angry students attacked security guards, set their motorcycles on fire, vandalized the school complexes as they went on smashing windows. The peak of it all was when the angry boys decided to progress towards the main campus. They tied black cloth around their heads and were bare-chested with sticks with which they used to show their aggression. They ran steadily toward the main campus where the main female hostels are and at that point, the few students that watched the drama began to pray.

They entered the female hostels but only damaged the hostel louvres, among other things. Some female students also joined in the protest. Laosebikan Hall (known as LAS), AGA, courtesy unit office and the Administration block were not left touched. A fire was started right in front of the female complex.