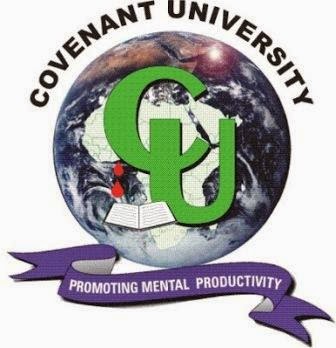 Guyz, i purposely decided not to write anything about the Bisi video controversy cause the girl involved is a minor and a serious victim of circumstance.

Top Newspaper, Punch recently published an article on the matter and they claim the University snubbed them, which i believe might not be true....might!


The social media has been agog with a footage of a student of Covenant University, Ota, Ogun State, dancing stark naked.

The student, identified simply as Bisi, was filmed in the three-minute 44-second video dancing to the rhythm of a popular hip-hop song in a sexually provocative manner.

The video was shot in the university hostel with the aid of a webcam attached to the laptop of one of her female friends, Jacklyn.

In the video, which has since become an Internet sensation, Jacklyn and another female student were seen joining Bisi in the dance, but with their clothes on.

The video was said to have found its way to the Internet when Bisi and Jacklyn’s mutual male friend who had been making unsuccessful advances to Bisi allegedly got hold of the video on the laptop that was used for the recording.

Checks by iPUNCH on Thursday on the Twitter pages of Bisi and Jacklyn showed that the duo had expressed regrets for their actions since the video went trending online.

Writing on her Twitter page, Bisi lamented that a friend, whom she had so much trust and confidence in, betrayed her.

She said Jacklyn did not show the slightest inclination that she could do something of such, especially when both of them featured in the video.

Expressing sadness at the humiliation she has experienced so far, she tweeted, “I can never trust anyone on this earth anymore.”

She went further asking, “Why me? It’s a wicked world;” adding, “(May) God punish whoever leaked that video. See all what you (Jacklyn) have caused. People just want to bring you down, regardless of whether they go down with you.

“You were in the video and you still leaked it. You’ve destroyed my life and my everything. I’ve always been a happy girl.”

Jacklyn, while trying to prove her innocence in the debacle, said she deleted the sexually explicit video almost immediately after it was shot.

She, however, noted that the unnamed male friend might have picked up the video from the computer’s recycle bin, as she forgot to delete it from there.

The recycle bin is the temporary storage for files that have been deleted in a file manager but not yet permanently erased from the computer system.

Pleading for forgiveness from her friend, Jacklyn tweeted, “I wasn’t the one who leaked the video. And to Bisi, sorry: it was (from) my laptop that the guy got the video. I never had any intention of leaking the video.

“I deleted the video but forgot to delete it from the recycle bin. It was never my intention to leak any video of such. I am really sorry.”

When our correspondent contacted the Corporate/Public Affairs Officer of the institution, Mr. Emmanuel Igben, to get the official position of the university on the development, he declined responding to our inquiry.

As soon as he was informed of the facts of the inquiry, he simply cut off the telephone conversation abruptly.

Meanwhile, digital media experts have warned young men and women who have caught the bug of new media technology against recording videos they will never be willing to publish online.

According to a digital media consultant, Deola Kayode, a harmless fun can turn into eternal regret if sexually explicit photos and videos find their way to the Internet.

He argued that with the emergence of various smart devices, there has been an upsurge in the number of amateur pornography, as it is now easy to create and share such explicit photographs or footages.

“Never share or record what you can’t publish, as you may never have 100 per cent control of the contents, such as explicit videos and pictures that can come back to haunt you,” he warned.

Also, another new media expert, Sola Fagorusi, noted that “revenge pornography” has “ruinous implications” for the victim; and called on members of the public to exercise great caution.

He stated that users of new media gadgets, especially smartphones, tablets, computers and digital storage devices with possible revenge pornography content on them, should be careful with the way they handle or dispose them, such that they do not “end up in the wrong hands.”

“With non-consensual pornography which intentionally inflicts emotional distress becoming a growing burden, it is up to people to protect themselves in addition to only engaging in relationships built on trust and a sizeable amount of caution,” Fagorusi added.