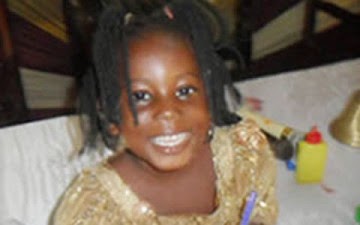 This report is quite interesting and i urge those who especially do not believe in reincarnation to read it,.

Three year old Mma Abumi Edet is currently the toast of her community. The people of Mbarakom community in Akampkpa Local Government Area of Cross River State believe this “mysterious’’ child has not only helped in resolving an age-long monarchical struggle in their community, but put an end to a catalogue of evils that had befallen them for over a decade.To reward Abumi Edet, the community has pledged to sponsor her education to tertiary level as a sign of appreciation.

The new monarch of the community, Sylvester Etim Eta-Agbor, told Saturday PUNCH that the community would forever be grateful to Mma-Abumi, adding that it would take full responsibility for her education to any level and in any institution of her choice.

The monarch explained, “In our tradition, the killing of the python, especially after crowning a new king, indicates that the true king has emerged. For some time now, living things like snail, periwinkle, which were common sights in the community had vanished because of the evil things that were going on but after Mma Abumi resolved the traditional stool tussle in the community, things have become normal.”

The community believes Mma-Abumi is the reincarnated queen of Mbarakom that died in 1980.

The community, according to the new monarch, had after the demise of its king, Effiong Nyong, in 1997 been entangled in controversies which led to the coronation of his successor (name withheld) who was dethroned after Mma-Abumi allegedly revealed that he was not the right person for the throne.

On how Mma Abumi suddenlt became a star in the community, her father, Mr. Ekpe Edet, told our correspondent that his daughter had on January 13, 2014 told him that the problems confronting the community were as a result of a wrong choice of monarch.

“It was difficult for me to believe her because I ran away from that village many years ago and she didn’t even know the village,’’ he told our correspondent.

He said his daughter told him that she knew the solution to the myriad of problems that had bedevilled the community. “ I was initially confused because she had never visited the village and I had never mentioned the name of the community to her before,’’ Edet explained.

Narrating how he succumbed to his daughter’s pressure, Edet, who is a carpenter in Oban, a distant community within the same Akamkpa LGA, said he had to break his vow of not visiting Mbarakom after a series of instructions from his daughter on the need to intervene in the community kingship tussle.

“She had warned that the community was having problems because of the wrong choice of monarch and ordered that a new monarch be crowned,” he said.

He further said, “I had a vision before and after Mma-Abumi was born in 2010 to go home and make peace with my people but I ignored it. Years later I didn’t obey the instruction that came in form of a vision until she was three years old and I became seriously tormented spiritually.

“On January 13, while our family fasting was ongoing, we were returning home from the church when my daughter suddenly insisted that we shouldn’t go back to the house but should rather proceed to Mbarakom, otherwise she would die. She immediately fell on the main road and did not allow anyone to touch her that was why we went to Mbarakom.

“To cut a long story short, after so many prayers and revelations in Mbarakom, she instructed that a royal cloth be sown for the new monarch.”

He said that since the time he got the true identity of his daughter, he had stopped flogging her.

“She once told me, ‘Don’t you know I’m a queen, I don’t want you to be flogging me or treating me badly,’ Before then, anytime I beat her, she would run out of the house to a lonely and quite place and cried and each time she cried she cried like an adult,” he said.

Her mother, Mrs. Maria Edet, said apart from having strange experiences when she was carrying the pregnancy of Mma-Abumi, the little girl had soon after she started talking as a one-year-old child, been telling her things she (the mother) could not comprehend.

“She told us that she was a great woman in Mbarakom. She also told us that her staff and the stone she usually placed her legs on to take her bath were still in her house in Mbarakom. For some time my husband and I were disobedient to her instructions but because of what started happening we were forced to take a trip to the community and all the things she mentioned were confirmed,” she said.

The community said the fact that Mma-Abumi’s directive on the installation of a new monarch was right was confirmed by the killing of a python that had attempted to swallow a goat by a middle-aged man, Stanley Okpu, after the new monarch was installed.

The killing of a python whenever a new monarch is named, according to the traditional belief of the community, is an indication that the right monarch has been installed.

Okpu told Saturday PUNCH that he had gone to the farm with his grandson who later called his attention to the scene of a python that had just started swallowing a goat.

“I was in the farm with my grandson and while I was busy tilling the ground, he called my attention to a snake some distance away trying to swallow a goat. I immediately went to the scene with my cutlass and killed the python with four strikes at different spots,” he said.

The news filtered through to the village and with the help of other villagers the dead snake was taken to the monarch’s palace amid jubilation.

The traditional ruler of Mbarakom explained that in the community’s tradition, such killing was significant as it indicated that his coronation was genuine.

He said, “This is a sign for us to know if I am the true king because after crowning a new ruler this kind of thing must happen.”

Recounting the activities at the community, Eta-Agbor said, “Before now the community was in total chaos and God in His own way sent this girl to come and show the people the truth. This Mma-Abumi was a queen who now reincarnated into the family of one of her grandchildren who resides in Oban.

“When she came here with her parents, she took us to where she was buried. As of today, there is no building there because the house then was a mud-house which had collapsed. The piece of land is now full of thick grass. We are aware that she died in 1980.”

On the killing of the python, the new Mbarakom monarch explained, “In our tradition the killing of the python, especially after crowning a new king, indicates that the true king has emerged. For some time now, living things like snail, periwinkle, which were common sights in the community had vanished because of the evil things that were going on but after I was crowned things have become normal again.”

He said her mission was to cleanse the village after showing where the problems were and the way forward.

It was gathered that Mma-Abumi had relocated with her parents from Oban to the community and she is now schooling at St. Theresa Primary School in Mbarakom.

When Saturday PUNCH visited the community again for the second time, one of Mma-Abumi’s school teachers, Mrs. Josephine Wilfred, said people around the school do not see her as a reincarnated queen but treats her with respect.

Wilfred said, “She is a sound child and she interacts well with her teachers and colleagues. She behaves like Mma-Abumi and many people in school call her Mma.

“We don’t look at her as a child. We give her due respect as Mma but certainly not as a child. There has been nothing extraordinary about her that we have experienced other than she is an instrument of God.”

A lady, Mrs Lucia Edet, who identified herself as the niece to the dead queen, said from all indications, Mma-Abumi was most likely her reincarnated aunty.

She said, “The full name is Ntunkae Mma-Abumi and she was my mother’s immediate elder sister. She was a blind woman and she lived in the room next to mine. I left the village during the Biafra War and when I returned most of our elderly people had died and she was almost left to herself, I took her in to live with me.

“My mother died before her but when it was time for Ntunkae to depart the earth, she died in my place and I personally buried her in her father’s compound. When the reincarnated Mma-Abumi’s father came to tell me at first what he had been experiencing, I knew it was something serious.

“She had told her father that they were not from Oban and that she was a queen from Mbarakom. Now each time she visits the new king’s palace which is not far from my house, she (Mma-Abumi) always spends the rest of the day with me here until both of us call it a day. She says this was her original home.”