Nigerian Man arrested for murdering doctor wife in US 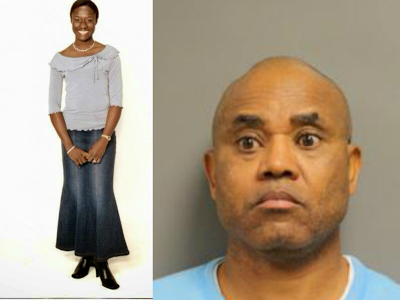 A 63 year old Man has been arrested in the US for killing his wife after a heated argument.

36 year-old Isioma Ebegbodi had her life cut short after her husband Martin Ebegbodi murdered her on Saturday March 22, 2014.

Until her death, Isioma was a medical resident physician at Marshfield clinic in Texas. Reports reveal that Martin after murdering his wife, went to a neighbor's house and asked him to call police after getting into a fight over argument and then shot his wife, Isioma Ebegbodi.
The Harris County Sheriff's Department arrived at the house in the 19700 block of Youpon Leaf Way and arrested Ebegbodi. He has been charged to court and currently awaiting a sentence.