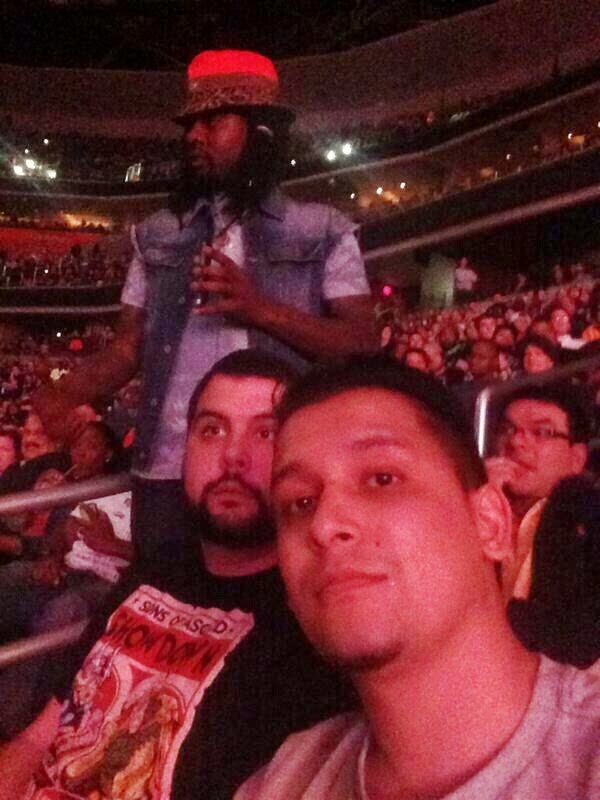 I just got a video that shows Top rapper of Nigerian Descent, Wale punching a man who heckled him on twitter.

Wale, was in attendance Monday night for WWE's "Raw" in his hometown of Washington D.C. It was there a troll noticed Wale in attendance and decided to go at him on twitter, sending him threats and at one point, even dared him to meet during the live show.

Well, the heckler's wish came true as Wale found the Twitter troll at D.C's Verizon Center and punched him right in the face.

Wale has since spoken on the incident, He said ;

"It was just a dude that was like, 'I'mma kick your ass. I better not see you here,'" he recalled. "I was like, 'Yo, is this you?' And one thing lead to another, and I just kind of mushed him a little bit."