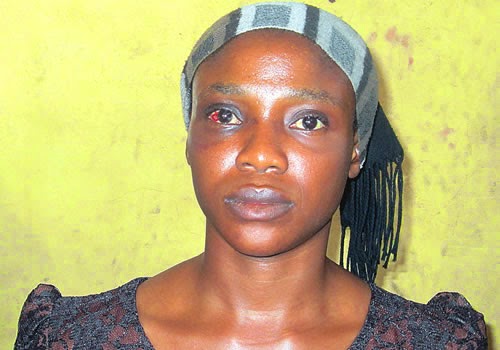 Anyman who beats a woman should be heavily dealt with...i swear!

Friday, March 21, 2014, is a day Esther Lawrence will live to remember, as the incident of that day left her with one eye almost blinded.Esther, who had been living with her sister, Nkechi Nnamezie, in Ile Ife for over 15 years, had been a part of her sister’s plumbing gadgets store, a business Mrs Nnamezie had owned for almost two decades.

According to reports gathered, Igbo traders within the town automatically become members of the Igbo Traders Society in Ile Ife, an association which sees to the welfare and conduct of Igbo businessmen and women in the town.
However, about two years ago, the members were said to be warned against opening their stalls before 9 a.m. on Fridays, to attend a prayer session held at the market, or else, stay at home to pray. Failure to religiously adhere to that is what birthed the tension between Mrs Nnamezie and the association.

“I don’t belong to the association, but I ensure that I adhere to their laws. Around November, 2013, I learnt that the rule had been cancelled and since I saw other people opening their shops, I started opening mine too. But around January 2014, I was approached by one of the members and he told me that the law still stands and since then, I never opened my shop on Friday mornings.

“On that fateful day, that is March 21, I wanted to travel to the East for a ceremony, so I came to the shop as early as 8 a.m, with my luggage to change the clothes I was wearing. We didn’t display any goods outside and the shop was even locked behind me. When I finished, I knocked so that Esther and the other salesgirl could open the door for me, but coincidentally, as I stepped out of the shop, a young man came and said he wanted to buy gum worth N250 and I told him we had not opened yet. But after much persuasion, I sold it to him and the shop was locked up immediately after,” she said.

Unknown to them, one of the Igbo boys was watching them from afar and according to her, he approached and questioned her for breaking the rule, over which she said she explained and apologised, “but he just walked away angrily, saying that he would come back. Although I felt that was the end of it, I still waited till around 1p.m. before travelling, thinking that he would come back.”

In her own story, Lawrence explained that indeed he came back with some other boys and demanded that a fine of N2, 400 be paid.
“I was in the shop around 5 p.m. when about four of them came and demanded for a fine of N2, 400 because we opened the shop earlier in the day and I tried to explain to them that we didn’t open, but when they refused to listen, I pleaded with them to let my sister return on Monday before the issue could be sorted out. I called my sister and she explained to them that we didn’t have enough money on us and that they should wait till she returned.

“Immediately they ended the call, they just started packing the goods in the shop, and in the process, two pumps worth N35, 000 got spoilt. As we were trying to appeal to them, one of them who was later identified as Uzonna Okafor, a.k.a White, slapped me and pounced on me. He had a bunch of keys in his hand and immediately blood started gushing out of my eyes, nose and mouth. I was then rushed to the police station and later to the hospital. I bled from that time till around 11 p.m. I just couldn’t understand why they would beat me that much and over a prayer meeting,” she lamented. 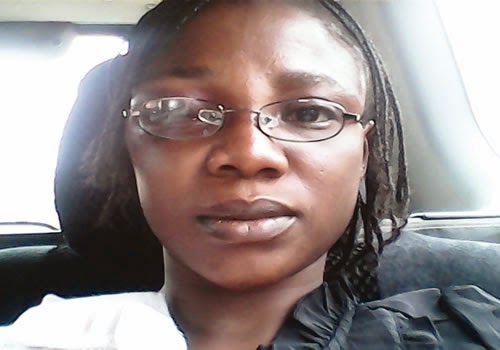 According to the sisters, at a meeting called by the association the following Monday, the chairman and other members were said to have accused them of being stubborn and issued threats to send them packing out of Ife “if care was not taken.”

“There was no remorse in them. They just all laughed at us and accused me of attacking him first. It was really terrible,” Esther said.

According to eye witnesses, the scenario was really disturbing. Mr Adenuga Taiwo, a resident of the area, said at the sight of Uzonna, it was obvious that he is a tout. “I saw the crowd, so I had to rush down and by the time I got there, the lady had already been taken away. The boy was still around and from his appearance, it was obvious he was a thug. So we called the police and he was arrested immediately,” he said.

“She was brutally wounded and the annoying part of it all was that the guy in question still had the guts to boast that the lady got what she deserved having attacked him first. And truthfully, the guy was never attacked,” another witness, Oluwaseun Ebenezer, said.

According to Dr Lamidi Emmanuel of Obafemi Awolowo University (OAU) Teaching Hospital, Esther was rushed to the Ophthalmology Department, but as a member of his group in church, he could not help but be involved in the treatment.

“An examination was conducted and it was discovered that she was bleeding inside the eyeball and that the deep cut beside the affected eye needed to be sutured, so a minor surgery was conducted on the eye and she was told to do an X-ray, which she did that night. The result of the x-ray revealed that she had a fracture within the orbit of the eye,” he explained.

They are not being truthful – Association chairman 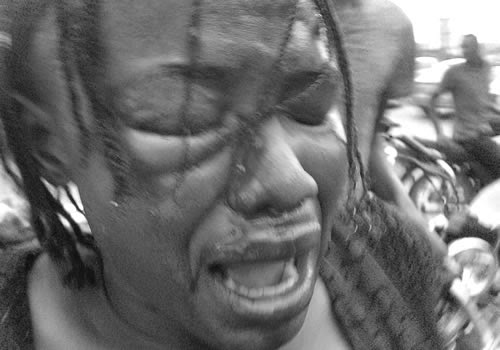 Mr Marcel Nneto is the chairman of the association and according to him, Mrs Nnamezie was not being truthful in her report.
“She has been giving the task force chairman in her zone a lot of issues. The programme is meant to last for an hour, that is between 8 and 9 a.m., but she is the type that doesn’t take to the rules.

“I was in an evening programme at the church that day when I was called that something was going on at Mayfair. I had to leave the church and on getting there, the boy in question was being taken away and in fact, his hands were tied with the union clothes.

“I went to the More Police Station and I spoke with the DCO, and was told that the lady had been taken to the hospital. I immediately sent two members of the union to the hospital to check on her welfare. When the boy was brought out of the cell, his face was all covered in blood and he said he sustained the injuries from the girl’s attacks and that the lady hit him first,” he explained.


On whether it was true he threatened the sisters, Mr Nneto said that nothing of such transpired between them.

“I never abused her, neither did I threaten her, I am a good Christian and even some members of her Deeper Life Church can testify to the fact that I’ve tried to reach her a couple of times, but keep getting insulted. Moreover, the boy has been released and the police have settled the case,” he said.

Speaking with the Nigerian Tribune, a police officer of the More Police Station who does not want her name in print confirmed that the incident was reported and investigations were still ongoing over the case.