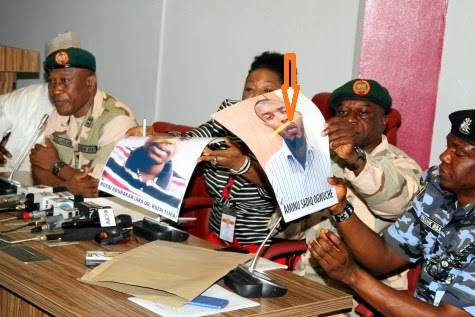 According to SSS spokesperson, Marilyn Ogar, Agene Ogwuche was arrested because he breached the bond which he signed while taking his son’s bail in 2012.Aminu is responsible for co-masterminding the april 14th Nyanya bus park bombing.
The SSS had on Monday told journalists that Abubakar Sadiq Ogwuche, a British born Nigerian was arrested on 12 November 2011 at the Nnamdi Azikiwe International Airport, Abuja, on arrival from the United Kingdom on terrorism related charges but was released on 15 October 2012, following intense pressure from human rights activists, who alleged human rights violation.

Chai! poor man!..do you guys see what bad children can cause?