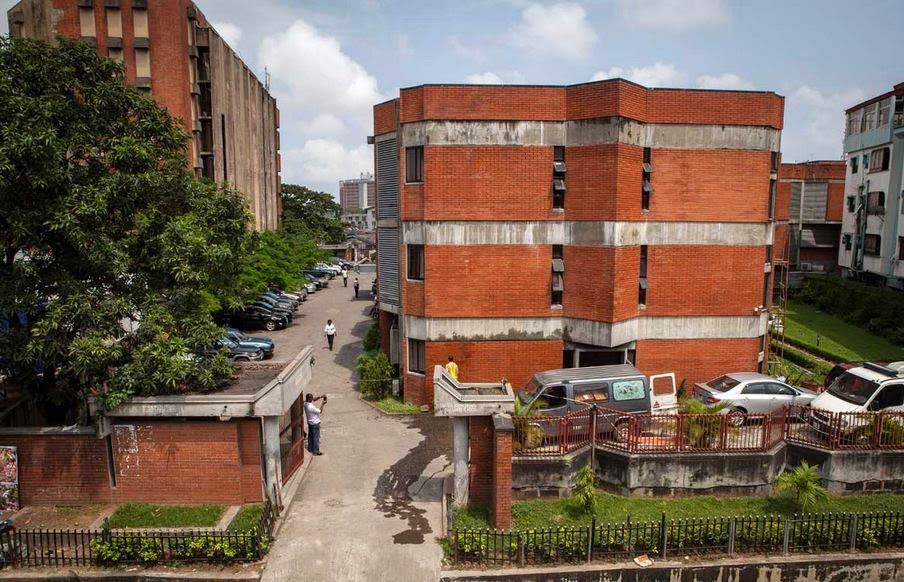 The management of first consultant hospital, obalende has release a statement detailing the series of events that occurred from the moment Patrick sawyer was brought to the hospital till his death.


Text of the statement by First Consultants Medical Center Ltd.

In the interest of our patients, staff, the general public the nation at large we state the following:
A 40-years old gentlemen came into the hospital with symptoms suggestive of Malaria (fever, headache, extreme weakness) on Sunday night (20th July 2014). He was fully conscious and gave us his clinical history and told us he is a Senior Diplomat from Liberia. Laboratory investigations confirmed malaria whilst other test for HIV, Hepatitis B&C were negative. He was admitted and treatment commenced.(continue)....

However, due to the fact that he was not responding to treatment but rather was developing haemorrhagic symptoms we further questioned him. He denied having been in contact with any persons with EVD (Ebola Virus Disease) at home, in any hospital or at any burial.

In spite of this denial we immediately decided to do the following:

2. We immediately isolated/quarantined the patient, commenced barrier nursing and simultaneously contacted the Lagos State Ministry of Health and the Federal Ministry of Health to enquire where further laboratory tests could be performed as we had a high index of suspicion of possible EBOLA VIRUS DISEASE

3. WE REFUSED FOR HIM TO BE LET OUT OF THE HOSPITAL IN SPITE OF INTENSE PRESSURE, AS WE WERE TOLD THAT HE WAS A SENIOR ECOWAS OFFICIAL AND HAD AN IMPORTANT ROLE TO PLAY AT THE ECOWAS CONVENTION IN CALABAR, CROSS RIVER STATE.

5. We then took the further step of reaching out to Senior Officials in the office of the Secretary of Health of the United States of America who promptly assisted us with contacts at the centres for Disease Control (CDC) and World Health Organisation Regional Laboratory Centre in Senegal.

8. All agencies were promptly notified and in consultation with W.H.O, Regional EBOLA VIRUS DISEASE Centre in Conakry, Guinea and Best Practices, the following was commenced:

a. Orderly temporarily shut down of the hospital with immediate evacuation of in house patients

b. The appropriate professional removal of the body and its incineration under W.H.O. guidelines, witnessed by all appropriate agencies.

9. Having concluded the above, it is now appropriate to give this press release in the interest of our patient, staff, the general public and the nation at large.

10. In keeping with W.H.O, guidelines, hospital is shut down briefly as full decontamination exercise is currently in progress W.H.O. Guidelines

In conclusion, working with the STATE, FEDERAL AND INTERNATIONAL AGENCIES, we were able to identify and confirm the diagnosis of the EBOLA VIRUS DISEASE. We hope that by our action of preventing this gentleman from being extracted from our hospital and traveling to Calabar we have been able to prevent the spread of EBOLA VIRUS DISEASE in Nigeria.

The Board and Management of the Hospital wish to thank all our staff members for their diligence and professionalism.