Meet the new Police PRO as Frank Mba bows out 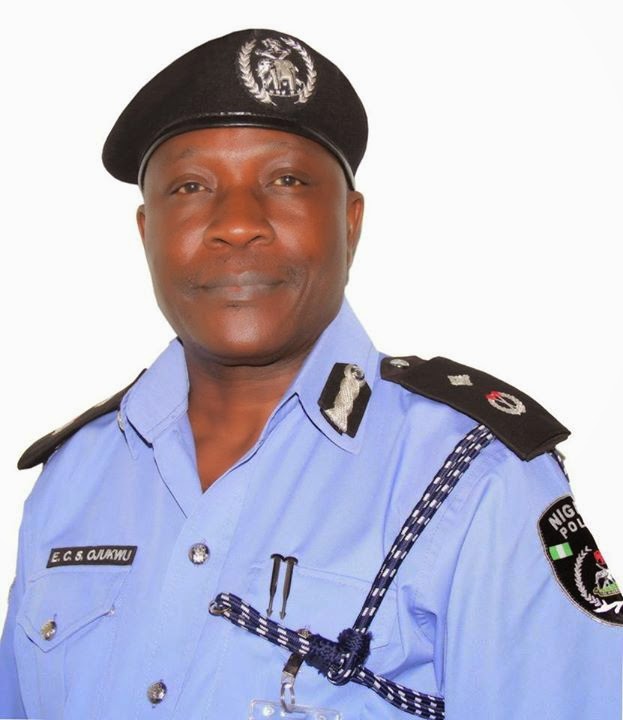 The inspector general of police, Suleiman Abba has appointed a new police PRO as the former occupant of the position, Frank Mba has completed his tenure.Mba, who was promoted to the rank of Assistant Police Commissioner in June has been reassigned to head an Area Command in Lagos.

The new PRO, Emmanuel Chukwu is a deputy police commissioner. Read the press release by the NPF below,(continue)...

The Inspector-General of Police, Ag. IGP Suleiman Abba, NPM, mni, has appointed DCP Emmanuel Ojukwu as the new Force Public Relations Officer to replace ACP Frank Mba who has been redeployed to Lagos State Command as an Area Commander, Area J. ACP Mba was the Force Public Relations Officer from February 2012 to August, 2014.
Until his new assignment, DCP Emmanuel Ojukwu, who is a seasoned and thoroughbred officer, was the Deputy Commissioner of Police in charge of Criminal Investigations Department at Zone 7 Headquarters, Abuja. The new spokesman is stepping into a familiar terrain, having distinguished himself as the Force PRO from December 2008 to October 2010. He holds B.Sc degree in Psychology (First Class Hons) from the University of Nigeria, Nsukka and M.Sc in Psychology from the University of Lagos. He is a member of Nigeria Institute of Public Relations (NIPR), Chairman Association of Nigerian Authors, Abuja, President of the University of Nigeria Alumni Association, Abuja.

In a brief handover ceremony at the Force Public Relations Department, ACP Mba thanked the IGP for the new assignment given to him and urged the media and the public to extend maximum cooperation to the new spokesman. Responding, the new Force PRO promised to work to increase the tempo of good relationship between the Police and the public in line with the policy thrust of the Nigeria Police Force. He called on members of the public and the media to grant the same level of goodwill and cooperation necessary for his success in office. The new Force PRO harped on the slogan “The Police is your helper and friend.”
CSP ABAYOMI SHOGUNLE
DEPUTY FORCE PUBLIC RELATIONS OFFICER,
FORCE HEADQUARTERS,
ABUJA.