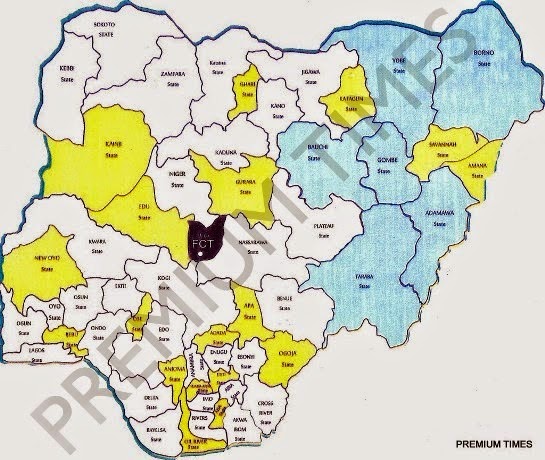 A copy of the new Nigerian map has been released after the national confab delegates proposed the addition of 18 new states to bring the number of states in Nigeria to 54.

Members of the National conference Committee on Political Restructuring and Forms of Government jointly headed by Muhammed Kumakalia and Ike Nwachukwu released the proposed a new map of Nigeria with the additional states added. Below is a list of the newly proposed states.....