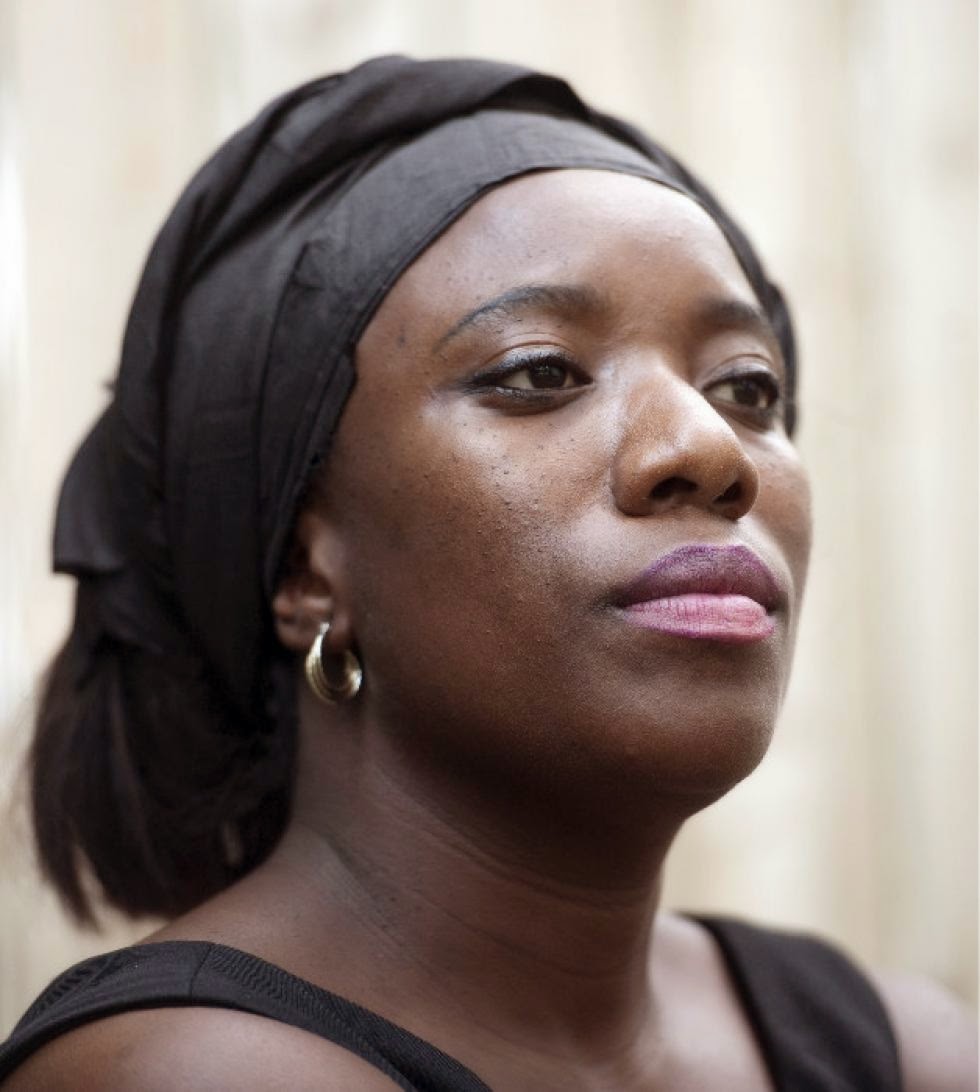 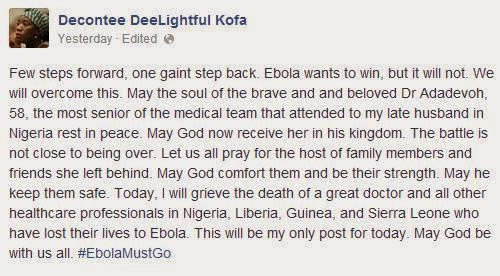 In a statement made available to leadership Ng, Decontee stated ;


“I share the pains that the family members of the Nigerian doctor are going through. It is just a pity that Patrick had to cause this damage both in Liberia and Nigeria.I want to reach out to them and express how deeply saddened and sorry I am for their loss and their pain.(continue) I do apologise if my words have cost anyone who is grieving more pain. I fall on my knees and ask God for his healing power for all of those who are still infected with Ebola. I pray for all of the families whose loved ones were taken away by this merciless killer Ebola, especially those affected by Patrick’s actions.
Ebola didn’t start with Patrick in Liberia, as we both know. Ebola was in Liberia from a traveller from Guinea since February of this year. The government knew about it and did nothing. Many Liberians, including me, called out to the government then to close the borders. They didn’t do so until one of their own, Patrick (Sawyer), died in July.
Many people died before Patrick and their lives were just as important. That is my frustration. Ebola didn’t have to go to Nigeria, Africa’s most populated country, had the Liberian government taken drastic actions sooner. I, too, have family members and friends in Nigeria, and now they are at risk because of Patrick’s actions.