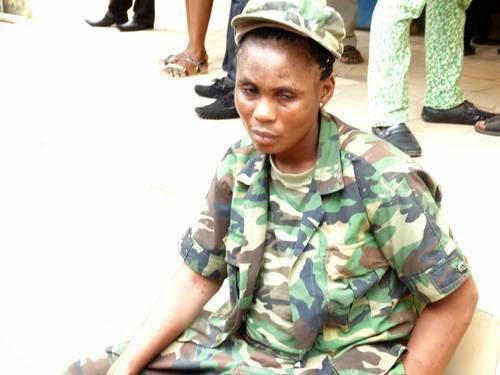 Like they say...a local dog will always go back to its vomit!

The woman pictured above has been arrested before for parading herself as a fake soldier, she was released and then re-arrested again after she was caught in the same act, which she does to gain cheap favours from people(continue)......

The lady in question, Jemila Suleiman, who had been using a false name, Angela Tonye Omieh was formerly arrested arrested on the 17th of April 2014, whilst dressed in complete military uniform and attempting to pass through a military check point in Akure, capital of Ondo State. She was paraded brfore newsmen where she revealed that she attended the Nigeria army depot in Zaria but dropped out after sustaining injuries.

She was granted bail on the grounds that she was doing it to take care of her family.She was re-arrested on Wednesday, august 20th, as she tried to pass through the Igbara-Oke military checkpoint in Ifedore Local Government Area, Akure. 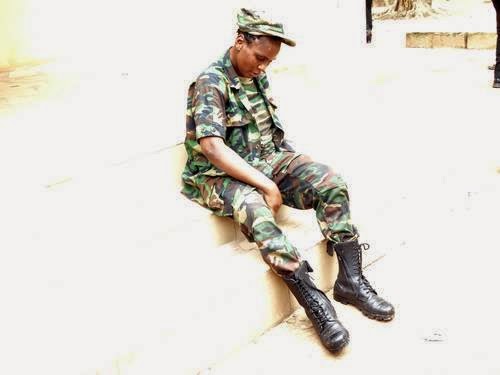 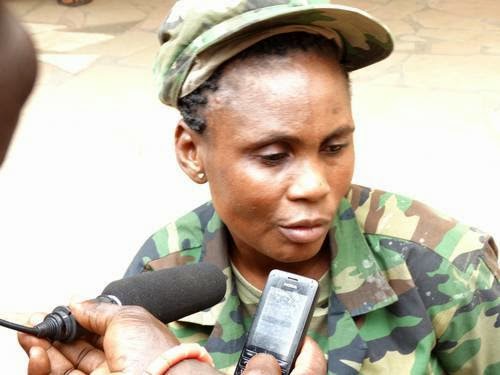 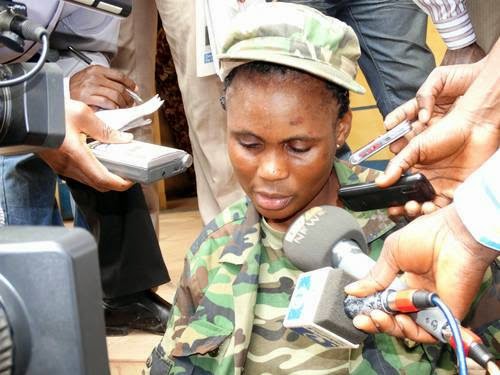