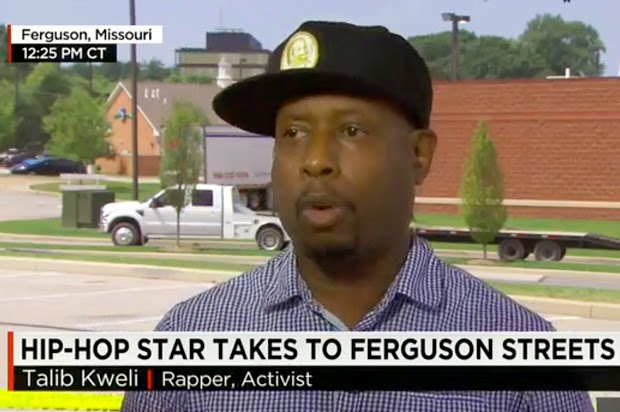 Talib kweli ain't joking...when he asks for his respect...give it to him!..even you, Don lemon!

Rapper and activist, Talib Kweli flipped out on CNN reporter, Don Lemon during a live interview today.Kweli was speaking on the recent protests in Ferguson, Missouri over the death of Micheal brown, when things started to go awry between him and lemon. He said media coverage of events there had been covered badly by the media.

Kweli : "I felt it was important to control the narrative because the media has been doing a horrible job of making sure that the stories get out in the right way,"

Lemon : "I disagree with that especially with our coverage. I think that we've done really great coverage here," Lemon said. "And people in the community are actually coming up commending us on our coverage, saying that it's balanced. We've been telling the stories of young black men and their interactions with police officers. I don't think the entire media has been bad."

It escalated quickly from there as Kweli and Lemon began trying to talk over each other.

Kweli : "You didn't invite me. Nicole invited me, first of all, "You came up. You didn't say nothing to me. You were on your phone the whole time. You asked how to pronounce my name. Let me finish what I have to say or else I'm going to leave."

Lemon then defended being on the phone before he went on air with Kweli.

Watch the video below :