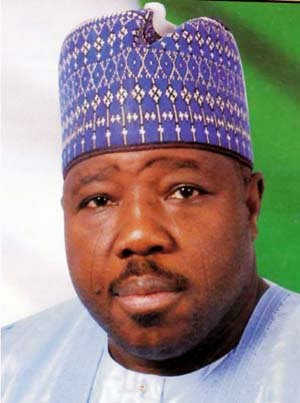 Former governor of Borno state, Ali Modu Sheriff has denied all allegations that he is a sponsor of Boko haram in a recent interview with New telegraph.

This is coming after an Australian terrorist negotiator, Stephen Davis accused him openly of being a sponsor of the terrorist sect. Sheriff says that anyone who accuses him of being part of the sect must be insane.


The Boko Haram war as we know it today, started in 2002 in Yobe State. The first attack of Boko Haram was in 2002 in Kanama, from there they ran to Borno State. And in 2002, where was I? I wasn’t a governor. (Continue)There was a sitting governor in Borno State, and there was Boko Haram. They ran away from Kanama and moved to Gwoza hill!
But come to think of it, who is Mohammed Yusuf ( first leader of the group)? Yusuf had been in Maiduguri, doing his preaching and later taken to court by the Federal Government, and prosecuted in Abuja, ever before I became a governor. And who was the first casualty of Boko Haram in Borno State? It is me.
I was the first victim of Boko Haram in Borno State. In their first attack, they killed my brother, the same father and mother with me. That was when they fought with the military in Borno.
The first casualty was me. Then, they killed my cousin. They killed my candidate for governorship; they killed my party chairman. Two of them were direct relations of mine. Why did they do that? Because I made a law prohibiting Boko Haram in the domain of Borno State.The law said anybody practising or associated with what Boko Haram was doing, was banned by law from so doing, and if caught, will be prosecuted and jailed for 25 years"


“The man that purportedly gave the interview said he was an Australian, who said he came to Nigeria, and spoke to Boko Haram. I thought that really, if he is a professional mediator or negotiator, or whatever he calls himself, his report would have been given to the security agencies of Nigeria. That is number one. Number two, also, if at all he spoke to Boko Haram, before making his views public, he should have known that I have a right of reply. He should have asked for my reaction or views on his findings, because I am a Nigerian, I am in Nigeria, I didn’t go anywhere. Number three, I was the governor of Borno State for eight years”.