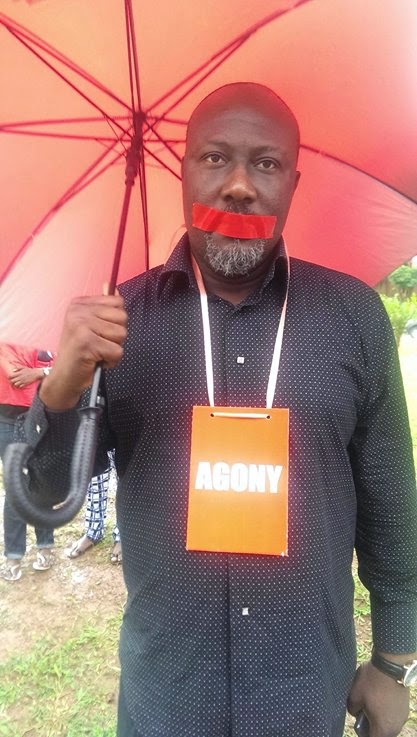 
Mr. Femi Fani-Kayode's stout defence of an alleged Boko Haram sponsor,as identified by the Jonathan Administration-appointed negotiator Stephen Davis, and his attempt to continue pointing accusing fingers at my party, the All Progressives Congress (APC), is hasty, indecent
and unconscionable.(continue)

The last time I checked, Mr. Fani-Kayode was not a duly-constituted independent Commission of Inquiry to investigate the allegations by the Negotiator. One therefore wonders how he could so quickly exonerate any of those who were fingered by Dr. Davis purely on the basis of sheer sentiments, as well as unbridled hatred for the APC.

What Mr. Fani-Kayode's desperate moves have shown is that the earth-shaking revelation by President Jonathan's Negotiator has
unnerved his party, the PDP, and the Administration.It has shown the veracity of the saying that when you point one finger at someone, four others are pointing at you.
The sponsors of Boko Haram are right within the PDP, as alleged by Dr. Davis, who named former Borno Governor Ali Modu Sheriff and ''a former Chief of Army Staff who retired in January, rightly sacked by the President.'' This has corroborated what the President had said that Boko Haram is right within his own Administration.

What one would expect from a government that is keen on finding the true sponsors of Boko Haram and ending the insurgency - instead of playing politics with it - is to support an independent inquiry into the allegation, instead of rushing to shoot it down and casting aspersion on the man who made the revelation on international television.

I am glad that the truth about Boko Haram's sponsors has finally come out. I advise the Jonathan Administration to look inwards instead of unleashing attack dogs on Dr. Davis and sending spin doctors, some of whom will do anything to evade justice over the allegation they face on their own, to the media to try to change the narratives.

Those who planted Modu Sheriff in the APC so they can label the party a Boko Haram sponsor knew what they were doing. They knew his antecedents. And when the APC decided to frustrate Modu Sheriff and his likes out of the party, they should simply have embraced him and accept that they have finally been hoisted by their own petard.

Enough of the distracting finger-pointing by the likes of the
loquacious and truth-twisting Mr. Fani-Kayode. The cat has been let out of the bag!