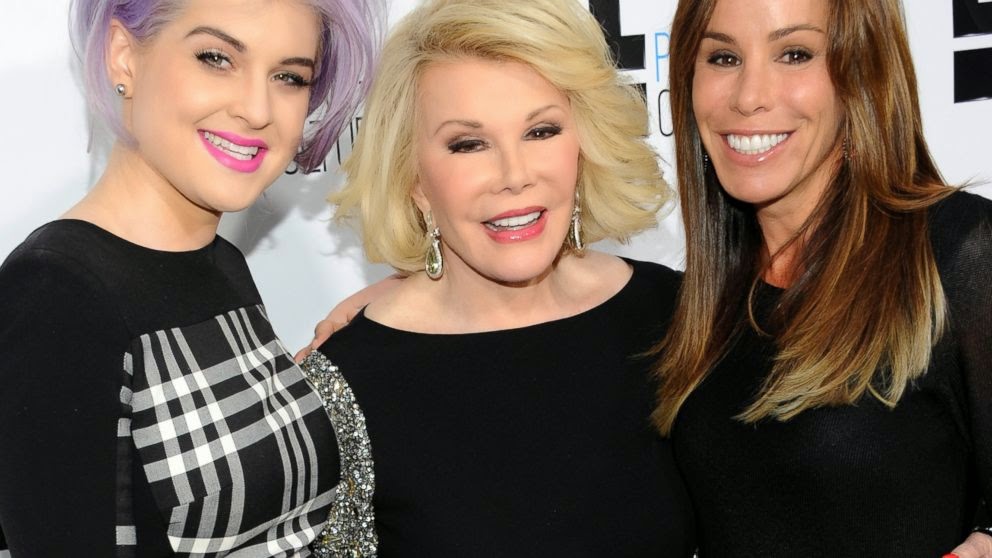 It was widely rumoured that the death of legendary comedienne,Joan Rivers will bring an end to the
wonderful show but its organizers, E! have done contrary to that.In a statement Friday, the channel said it "thought long and hard" about what Rivers would have wanted for the show.

The decision was made that the late comedian would have hoped that "Fashion Police" continue, E! said. Rivers' daughter, Melissa, who is the show's executive producer, agreed and gave her "blessing," the channel said.The show will return next January starting with the Golden globes coverage.