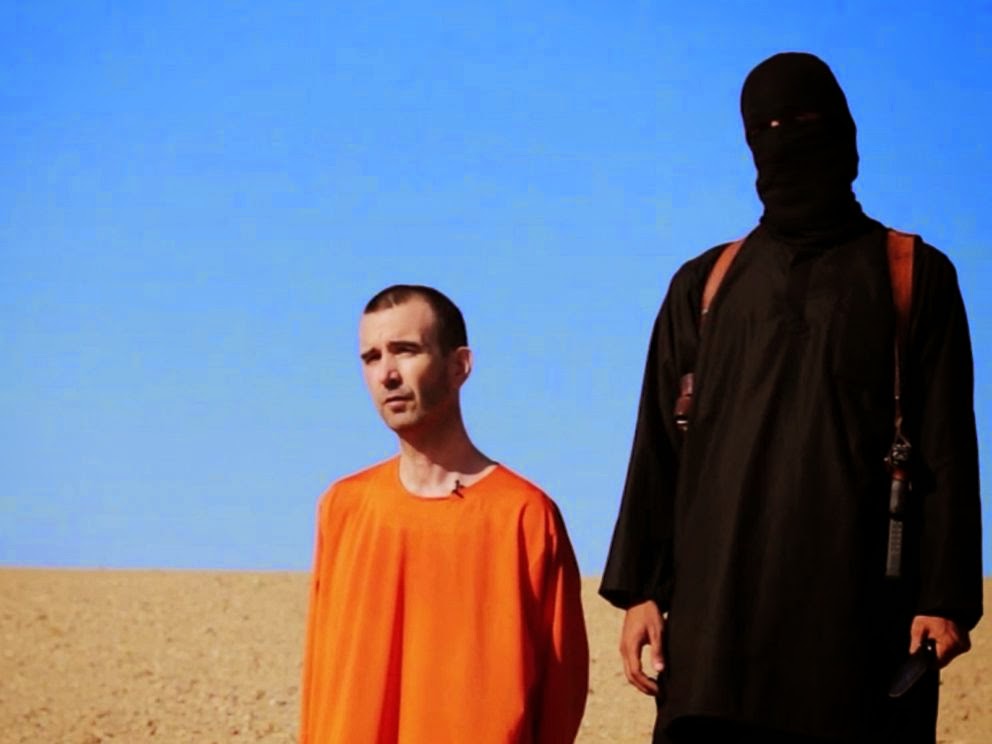 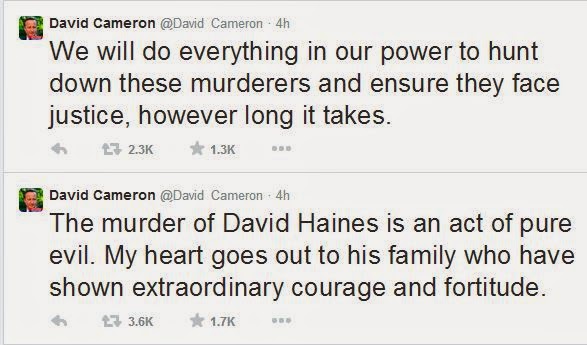 Terror group, ISIS have executed a british journalist as seen in a video released yesterday. David Haines was murdered in the same brutal fashion as the 2 american journalists, James foley and Steven sotloff, making it a total of 3 westerners the evil sect has gruesomely killed.

In the video, Haines is seen wearing an Orange jumpsuit, reading a statement given to him by the terrorists. in the statements, Haines blames British PM, David Cameron for his death.

Reacting to the killing, Cameron tweeted;


"The murder of David Haines is an act of pure evil."
"We will do everything in our power to hunt down these murderers and ensure they face justice, however long it takes,"