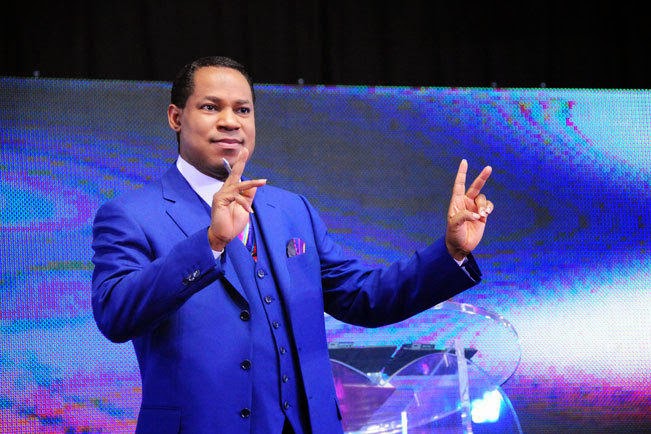 Finally, Pastor Chris has parted his lips on the ongoing divorce saga rocking his marriage.In a statement released through his lawyer, Mr. Kemi Pinheiro, Oyakhilome said the accusations of adultery against him are false.CO also threatens to sue any media house that continues to spread the "falacy".

Read the statement below.....


"The attention of our client, Rev. Chris Oyakhilome, and the church has been drawn to the wave of false, malicious and fabricated stories being published in the print and electronic media about his person, the church and a matrimonial cause between him and his wife. (Continue)


According to Sahara reporters, the release claimed that publishers went so far as to fabricate claims that he had committed adultery against his wife, Anita.

These contradict her claims that the leader of Christ Embassy Church had indeed been unfaithful during their "terribly degenerated" marriage, something she disclosed through counsel to Premium Times earlier Wednesday.

Chris Oyakhilome characterized the media's coverage of his wife's efforts to divorce him as “complete distortion of the facts in the pending proceedings in the United Kingdom”, the statement cited the coverage as "selfishly motivated" for political and financial advantage.


Oyakhilome's counsel further said the media's coverage was engineered to bring him and the church shame and ridicule, though his wife was the person who aired the allegations against him. Earlier today, Wednesday, Mrs. Oyakhilome even told Premium Times, through counsel, that the marriage had "terribly degenerated".

The statement also acknowledged freedom of the press, but quite contradictorily cautioned that further action will be taken to safeguard the image of the church and the pastor if coverage continued. "Be warned therefore that unless the concerned media houses desist from further publishing words and stories which are false and damaging of our client’s reputation and the church, we shall, without further recourse to the concerned publishers, promptly embark on appropriate legal machinery with a view to protecting our client’s reputation and that of the church."