Pic : Mysterious cat turns to human being in Makoko 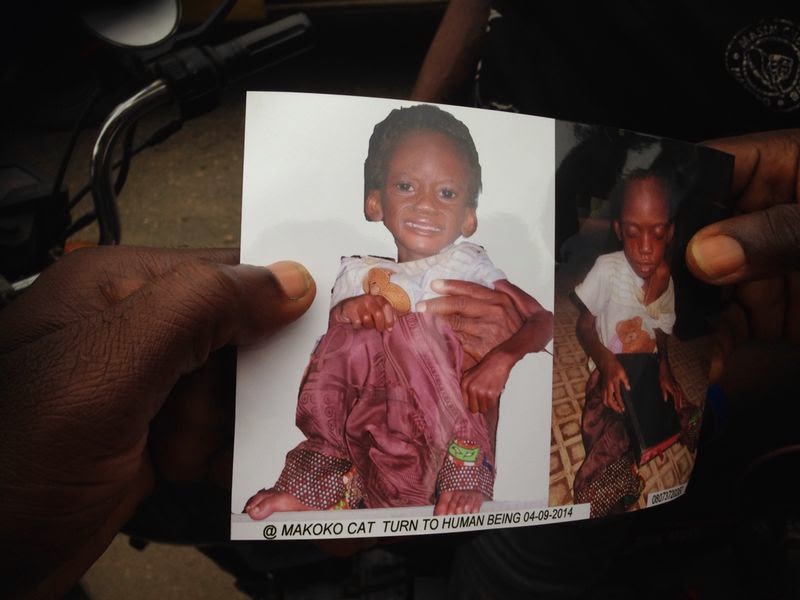 Residents of Makoko, lagos were shocked to their marrows yesterday when something rather unbelievable occurred. A cat transformed to a old lady(the lady in the picture).

The cat was said to have come out of a house where it was last seen sleeping, and moved close to a canoe. (Continue)A young girl on the canoe attempted carrying it but it gradually transformed on its face from that of a cat to that of an little gal.Subsequently the face changed from that of an infant to an old woman.

Police from the Adekunle Station have reportedly taken the creature into custody.