Stephen Davis confirms he was not hired by the FG 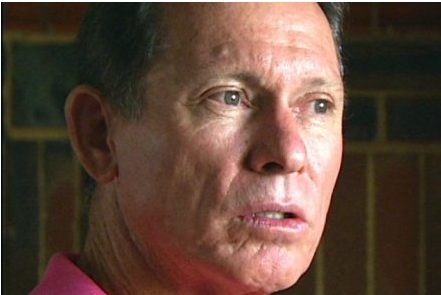 In an Interview with Soni Daniels of Vanguard, Australian terrorist/hostage negotiator, Stephen Davis makes it clear that he was not hired by the FG. He also explains how Shekau converted Boko Haram to a slaughtering machine.

Excerpts from the interview below.....


What do you have to show that you were engaged by the Nigerian government to negotiate with Boko Haram?


I was not engaged by the Federal Government of Nigeria, any state government or any other party. I went to Nigeria in late April in an effort to facilitate a handover of the Chibok captives after discussing such a possibility with former commanders of JAS (Jama’atu Ahlul Sunnah Lih Da’awa wal Jihad otherwise known as JAS) and others close to Boko Haram.

Why did you release the report of your assignment to the media instead of sending it to government?

I did not construct a report of my efforts in Nigeria. As I said earlier, I was not engaged by any party and therefore had no obligation to report to anyone.


Some Nigerians find it curious that you decided to give your report only to Arise TV, owned by a Nigerian, Nduka Obiagbena, who also owns Thisday Newspapers and may be sympathetic to some politicians in Nigeria.


I gave a radio interview to the ABC in Australia which subsequently told me that after the transcript was posted to their online site, it had been picked up in the UK and Sky News requested an interview. In the hope of bringing attention to the many other girls and boys kidnapped by Boko Haram, I agreed to a television interview. That interview took place in Channel 7 studios in Australia and it was at that point that I was told it was an interview with Arise TV. I had not heard of Arise TV and did not know it was owned by a Nigerian or indeed that it had any association with Nigeria. At the time of giving the TV interview, I was of the understanding that it would be broadcast by Sky News in the UK.

On Mr Obiagbena, I have not met him or ever been contacted by him.


Many Nigerians find it extremely difficult to understand how the former Chief of the Army Staff, Lt. Gen. Ihejirika, who actually fought Boko Haram elements and was accused of genocide could be linked with sponsoring the violent group.

It is much easier to understand Mr Sheriff’s alleged association with Boko Haram than any association of Mr Ihejirika. Mr Sheriff was said to have a long history of promoting groups to assist in his past efforts to win the governorship of Borno State. On 29 July 2009, there was a confrontation with security officers at Mamudo Village, along Potiskum/Damaturu Road, Yobe. 33 JAS members were killed. Later that night, there was a long battle with combined security operatives at Railway Terminus, Maiduguri, Borno State. Scores were killed and the JAS operational base was destroyed. Yusuf was subsequently captured by the military and handed over to the police. The JAS alleged that it was on Sheriff’s orders that Yusuf was executed in Maiduguri on 30 July 2009. Shekau was presumed killed in the same battle and a corpse was identified as that of Shekau. Thus the remaining JAS leaders made it clear their intention was to kill Sheriff and so it is right that Sheriff claims he is a victim of JAS. The Boko Haram we see today is not the JAS that was operational under Yusuf. Shekau emerged in mid-2010 and publicly claimed the leadership of a reinvigorated JAS.

Shekau formed Ansaru which he used for kidnapping and beheading victims. This behaviour was a major departure from the original mandate of the JAS which was to purify Islam and return it to the behaviour example in the life of the Prophet. Many among the JAS leadership are no longer active and others have been killed. This has allowed Shekau to take the JAS to more extreme action and expanded the kidnapping, bombing and slaughtering. The Boko Haram we have today is a much expanded Ansaru. What we see now is not the Yusufiya which wanted very much to settle scores with Sheriff. It is Boko Haram as a partner to ISIS and Al Shabaab.

Borno State may be just the beginning of an expanding caliphate.
Several Boko Haram commanders and other persons close to and respected by Boko Haram have told me the names of some of the sponsors of Boko Haram. They have also described how some funds are transferred and arms made available. I have made public some of that information. I have also been told by some commanders that if one of the sponsors is arrested, they will surrender, release the girls and give information on the sponsors. Not all Boko Haram commanders will follow this lead but it may be a firm step towards dismantling or at least isolating Boko Haram.