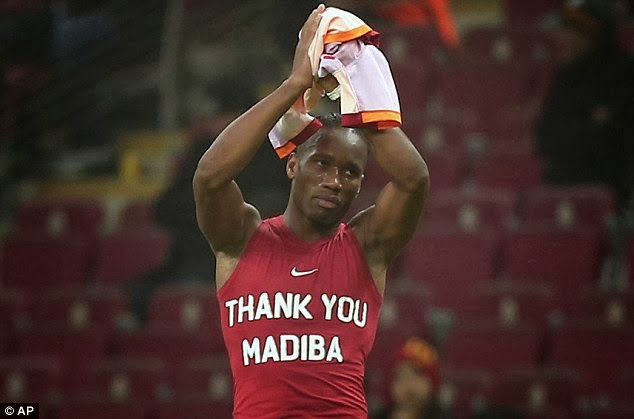 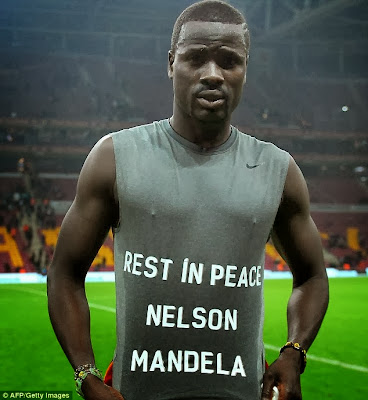 The Turkish football federation is set to punish football stars Didier Drogba and Emmanuel Eboue for displaying their tributes to Mandela following their 2-0 win against SB Elagizspor last Friday.

Drogba removed his shirt to reveal an under shirt that said “Thank You Madiba”; while Eboue's t-shirt read “Rest in Peace Nelson Mandela”.

However, the disciplinary committee of the Turkish Football Federation thought very differently about their act and has summoned the Ivorians to mete out some form of 'punishment' to the pair.
TFF forbids players from displaying political slogans and messages during football matches.
So, the Turkish FA (TFF) are planning to summon the pair to appear before the Professional Football Discipline Committee because they had not sought prior permission to display their messages.

Nonetheless, Drogba, 35, has responded on Instagram, saying that regardless of any sanction he may face, he would do it "again and again."