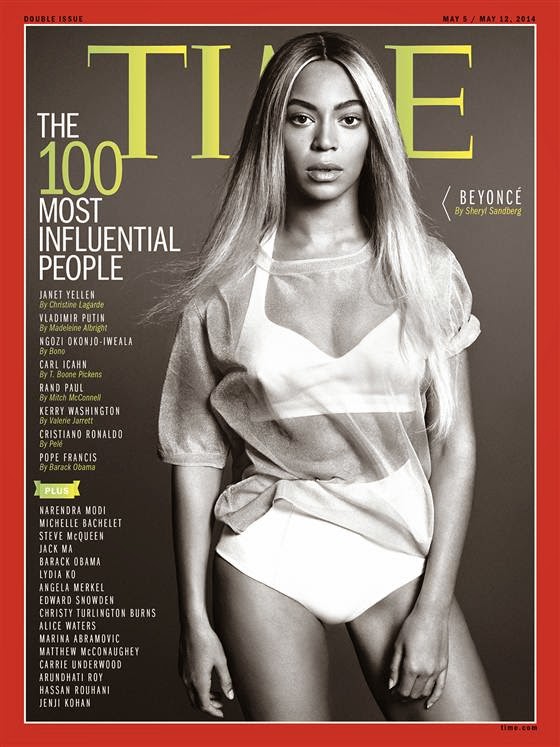 Beyonce has added another notch to her big belt of achievements.....the Superstar singer was featured on the cover of the latest edition of Time Magazine’s 100 Most Influential People issue, making the list for the second year in a row.