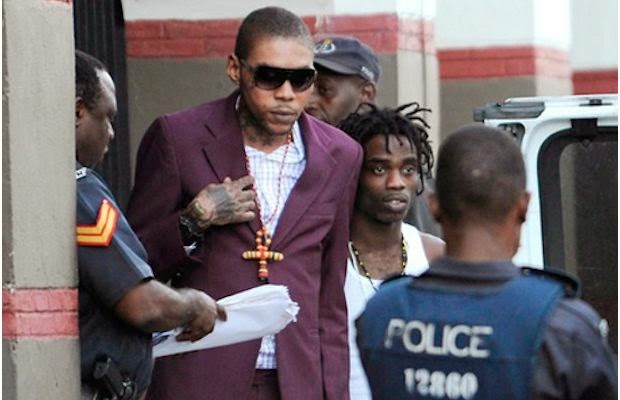 Vybz Cartel is truly a bad boy and he deserves that sentence!

2 leaked videos have surfaced, one showing the musician laughing with friends who tell him stories of how they have murdered people in church and the other was taken on the night of Clive williams murder.

Vybz Kartel, who was sentenced to life in prison three weeks ago for the murder of fellow dancehall artist, Clive 'lizard' williams, appealed the ruling on April 17th, two weeks after his sentencing.
The same day, UrbanIslandz obtained leaked footage of what allegedly is from Vybz Kartel’s home in Kingston, Jamaica the night of Williams’ murder. In the video one man can be heard instructing on how to murder another man:


Yow hear weh mi a say.. mi want yo hold him with a knife and stab him in a him neck and slow him down…

Less than a week later, photos and the videos from Vybz Kartel’s private Blackberry device are leaked online.

In a video you will see several men in a house that sources say is Kartel’s house by Havendale where the murder took place on August 16, 2011.

One of then men was seen with a pick axe, while another man has what appears to be blood stain on his shirt.
The language in the video is very chilling.

“Yow hear weh mi a say.. mi want yo hold him with a knife and stab him in a him neck and slow him down…,” one man said in the video.

“Hold down and make mi cut him throat,” another man said in the video.

“You affi swing it hard and no mek it ketch mi,” one man told the man with the pick axe.
Watch them below....