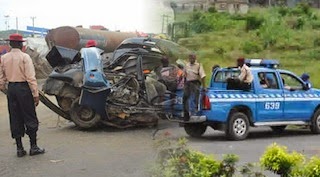 3 people have been confirmed dead in a fatal car crash that occurred at Papa/Ilaro road in Ogun state on Wednesday.

According to Fatai Bakare, an FRSC Unit commander in Ogun state,the accident occurred at about 11:45 a.m. in Oteyi- Oyeboku village, near Ilaro.He revealed that the accident involved an articulated vehicle with registration no. XB 641 BBR that collided with a Volkswagen bus.
The occupants of the bus were family members and friends who were heading to Lagos State from Ilaro.Bakare, who attributed the cause of the auto crash to over-speeding and careless driving, explained that the driver lost control and collided with the bus.

3 male occupants died while the other 3 were seriously injured. Meanwhile, a Hyundai vehicle burst into flames on 3rd mainland bridge, early wednesday morning. The cause of the explosion has not yet been identified but the good news is no lives were lost. See pics of the vehicle below.... 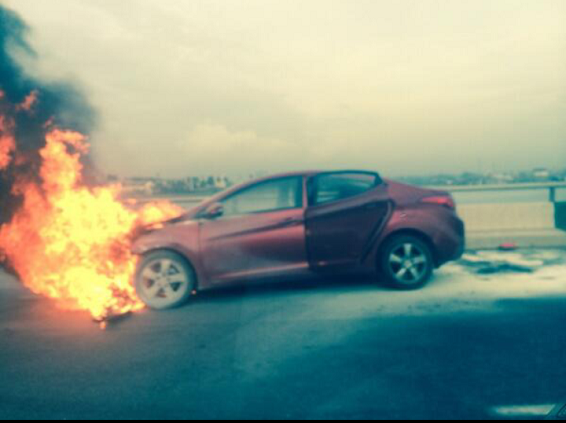 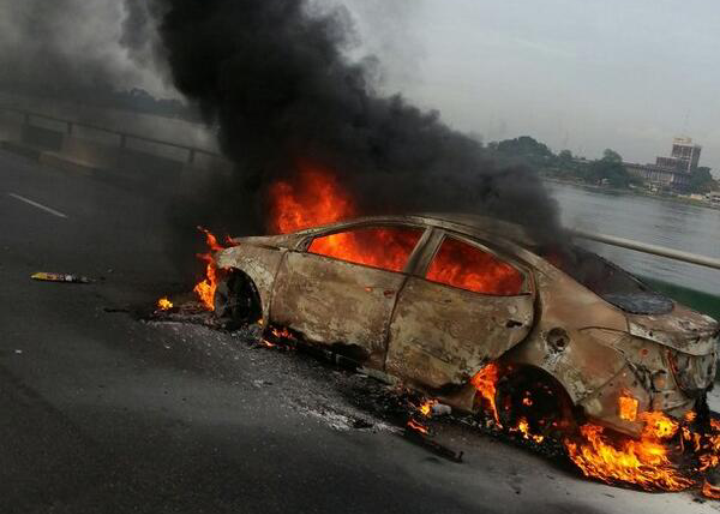