A group of surgeons have successfully saved the life of a baby boy born with 4 arms and 4 legs.Three month old Paul Mukisa was born with 8 limbs in Nabigingo, Uganda. His parents who were very worried about the situation were referred to the Mulago hospital, kampala where doctors gave them hope that the boy's condition could be improved.

Upon examination, it was further discovered that baby paul had an extra chest and his liver and heart were on the wrong sides.They came up with the conclusion that paul had a 'parasitic twin'.On August 18,2014, 3 doctors operated on paul for close to 4 hours. carefully seperating him from the 'parasitic twin'.(continue)

One of the doctors, Nasser Kakembo said;

'The baby was given general anesthesia and the torso and trunk of the parasitic twin -- which had two arms but no head or heart -- was detached from the host baby.Then we also detached the lower limbs of the parasitic twin from the host, which included disarticulating the right and left lower limbs as they were attached by joints. We controlled the bleeding and fashioned skin flaps to close the resulting wound.

Paul is doing fine and now on the road to becoming a normal child. 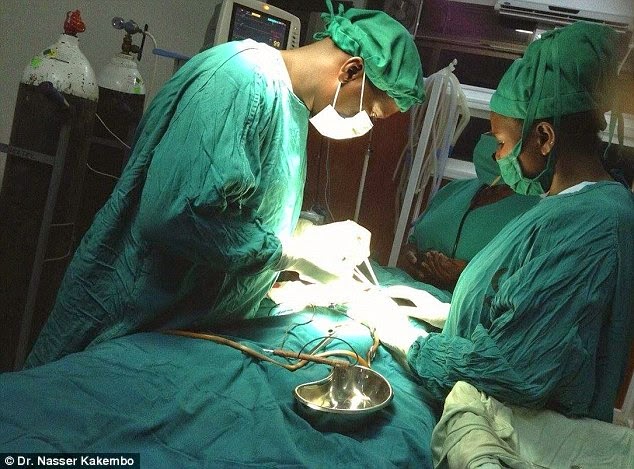