Burna Boy speaks on his underwear performance at Felabration 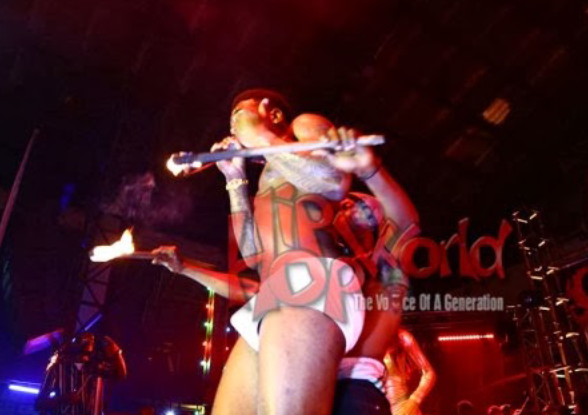 Burna boy has finally parted his lips on his controversial performance at the last felabration.

Burna made headlines when he stripped to his underwear (white pant) while performing on stage.

The Glo ambassador in a new exclusive interview with Encomium had this to say,

The video of your performance at Felabration 2013 has gone viral. How do you feel about it?My Felabration performance was all about paying homage to the great Fela “Abamieda” himself. People who were there saw it for what it was.

Can you share with us what prompted you to strip to your underpants on stage?

I have said what I want to say on that subject. No further comment.

There’s been a lot of criticisms from various quarters including Seun Kuti that Fela never performed on stage in pants. Were you oblivious of that fact?

Did you really have an erection on stage, because it seemed so from the pictures and what caused the erection?

How do you cope with female fans?

I love my female fans very much and they love me right back. I have a lot of love.

What’s next from Burna?

My tour is still ongoing, I had to stop in Lagos for a quick show but more videos are coming from the album soon so my fans should watch out for more good things from me.