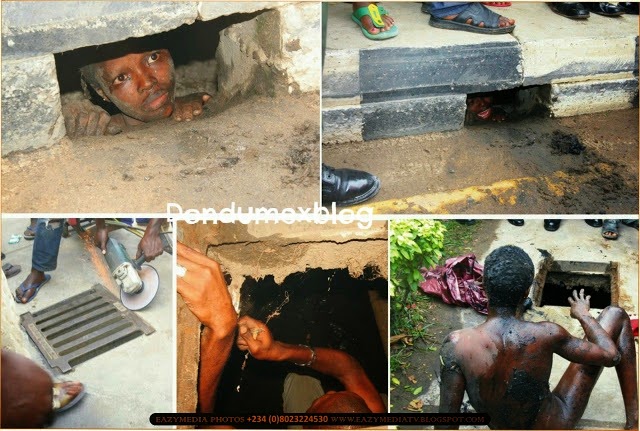 Today, This morning to be precise, around 9am, a woman who confessed to be a witch was found inside a sealed gutter around Abalti Barracks, just before Ojuelegba in Surulere, Lagos.


A passerby noticed someone stretching out a hand from a very small hole in the 6ft deep gutter just in front of the Barracks, calling out for help.
The pedestrian quickly ran into the barracks to draw the soldiers attention to what he saw. when they looked and saw it was a woman...a welder was sent for to bring a cutter to open the iron cover and the woman was brought out.

When asked how she found her way into the tunnel the woman said:


My name is Amudat Jimoh, It was God that sent me here, He (GOD) said I should confess my sins so that I don't die, please I need water to drink, help me, I don't know i found myself here, please help me..."
The soldiers however didn't let reporters get more details from her.

Later, some people in the crowd said she confessed to witchcraft saying that she went for her meeting transformed as a bird as usual, and a fight ensued or something like that. the soldiers prevented the mob from lynching her and ambulance that was called to the scene, took her away. see another pic below... 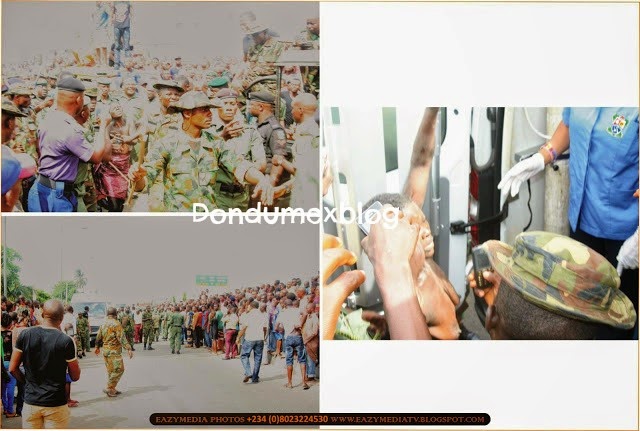