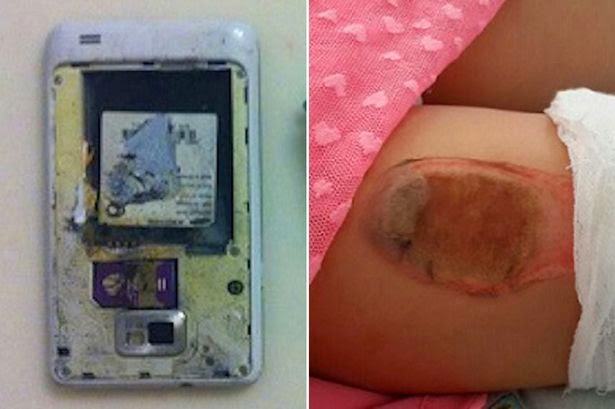 Smart phones can be deadly too...this was confirmed by the story of a seven year old girl,Ariana Aitzhan whose Samsung S2 phone exploded in her pocket leaving her with a scarring burn.

Ariana was playing with her friends in a garden in her hometown in Kazakhstan when her parents heard her screaming. On rushing to the scene, they saw the remains of her samsung phone on the floor with her friends saying it exploded in her pocket.
A neighbour who was around the scene, stated that while pulling off the girl's trouser, some skin came away with it.

The burn was so bad that it went deep to her bone and doctors had to perform a skin graft to patch up the wound.Samsung have since offered to pay for all of Ariana's medical bills and plastic surgery.

See another pic below....