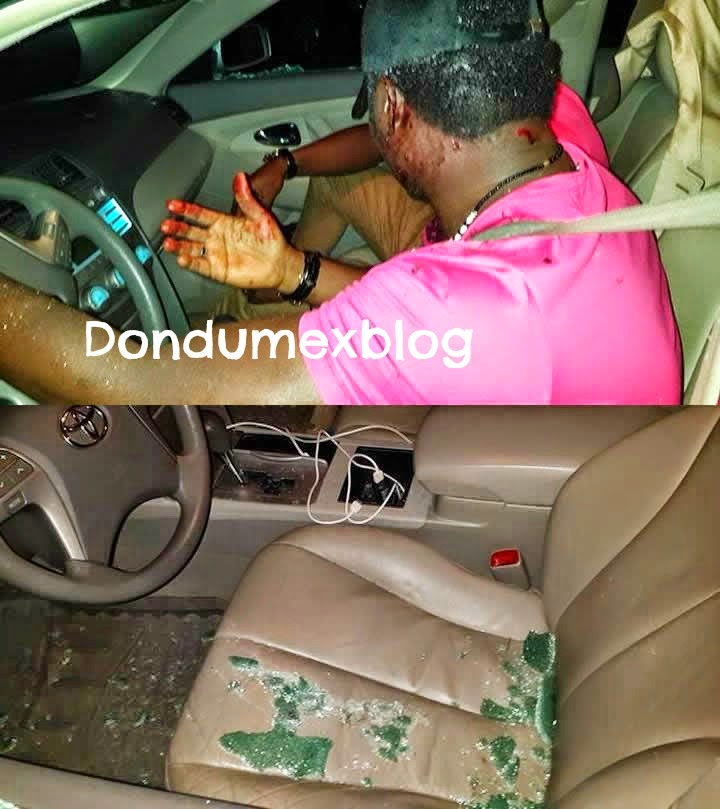 Lucky twin music sensation, Mamuzee have opened up on the bloody attack they experienced early this week, contrary to reports that they were robbed, the twins state that they were attacked by Fulani herdsmen.

Speaking to Dailypost, they said;


Incidentally, we dropped our singles, titled ‘Oluwa is involved’ that day, so I see the handiwork of God in our escape. He spared my life and that of my brothers. Our kid brother was also with us in the car, so you can imagine the tragedy that would have befallen our family. But we thank God because HE was truly involved.

I just doubt, like the ongoing investigation has shown if those attackers were just armed robbers. If they were armed robbers, they should have demanded for our phones, car, money or any other thing, but they didn’t demand for anything of such. We were on our way from the Immigration office and when we got to that spot, some men invaded us from the bush with touch-lights like they were policemen, but frankly, they were Hausas. I can say this any time; they were actually Hausas.

They asked us to stop, pointing guns at our car from all directions, and my twin brother shouted ” they are armed robbers” So, I slowed down and flashed the car headlamp. I later realized that they were up to something else when they approached us, and were not even demanding for anything. I could see that they were targeting to just shoot, so I accelerated, and in the process, they started shooting at us, but to his glory, we were very fast.


We thank God because when we got to the hospital, (Kelina Hospital in Gwarinpa) we were told that no bullet penetrated. Bullets only greezed my neck and that of our kid brother’s shoulder, but didn’t penetrate. We also had some bruises, but we have been treated. Right now, we are home, and we can’t stop thanking God. Our appreciation to God in our latest song appears like a premonition of the incident. We thank Him.