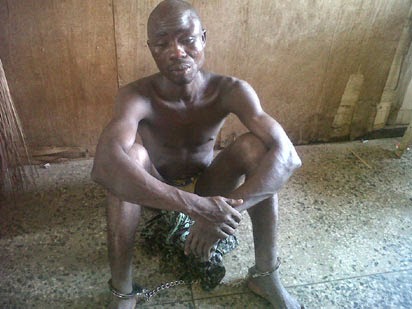 The Public Relations Officer of the NSCDC in the state, Olanrewaju Kareem, in a statement said the incident happened, Wednesday, at 1, Elegbede House, Ore-meji Street, Ijeun-Titun area of Abeokuta.
Kareem further said the suspect during interrogation claimed to be a farmer who was just passing by.He said: “Men of the corps on patrol of PHCN facilities within Abeokuta arrested the suspect as a result of alarm raised by the child’s mother, Mrs Olanike Ogundeyi, when she saw her nine month-old baby, Malik Ogundeyi, with the suspect.

“According to Mrs Olanike Ogundeyi, the child was kidnapped when he strayed away while the mother was busy washing. She explained further that she left the baby in the passage while she left to pour used water at the backyard.