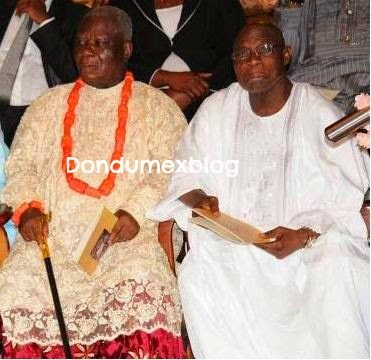 Nigerian politics is a very interesting game to watch and be part of...Kai!

Why this picture is so special is because Edwin Clark wrote an Open stinker to OBJ in response to his inciting letter against President Jonathan. Now it's funny seeing both of them seated beside each other at Presidnt jonathan's daughter's wedding.