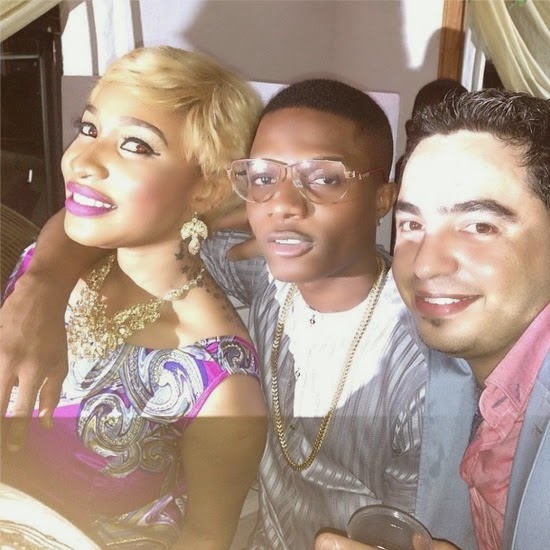 Ahhn! i am also as surprised as you are because these 2 have not been on good terms for some time now...... it was so bad that they both went for each other's throat on twitter.

They were spotted recently at the star studded wedding of Lamiju Alao Akala and Hadiza Okoya. The former lovers greeted each other warmly, gisted and got along like 2 peas in a pod....they even took Selfies!

and guess the funny part...Wizkid later posted this on twitter,

funny guy!.....and for those who don't know....Tonto is currently hooked to one boxed up nigga called Micheal Adelaja a.k.a Malivelihood. see another pic below..... 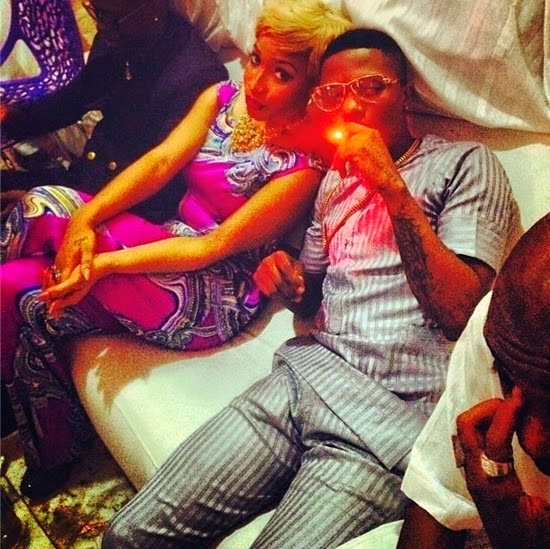