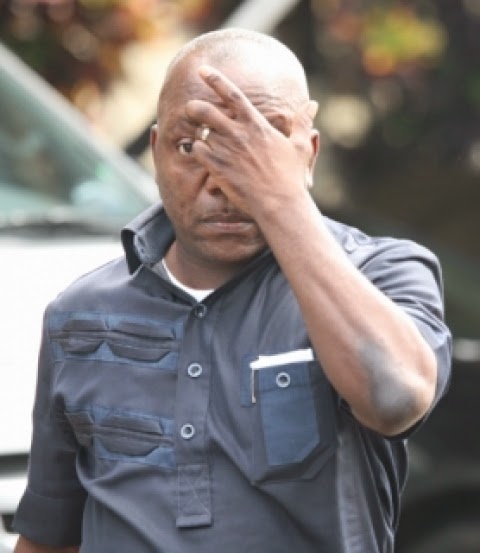 Ex-commissioner for youths and sports in Anambra state and a former Manager at UBA, Prince Okey Aroh was yesterday, arraigned for fraud amounting to N108 million.

Aroh was araigned before a Lagos High Court on six counts of fraud and arraigned along with him is Abimbola Oluwaniyi, a senior official at UBA. popular fraud magistrate,Justice Oluwatoyin Ipaye is presiding over the trial. She is also presiding over fred Ajudua's case.

SR reports that the ex-banker and former commissioner as well as Mr. Abimbola were arraigned on a six-count charge bordering on conspiracy, forgery, altering and fraudulent conversion of depositors’ funds in the bank.The case arose after one Mr. Emmanuel Chukwuemeka, a customer of the bank, alleged that his fixed deposit at UBA totaling N265 million had disappeared from the bank’s records. Prosecutors intend to prove that Mr. Aroh and Mr. Abimbola conspired to defraud Mr. Chukwuemeka of the fixed deposit.

The EFCC picked up the former Commissioner and his alleged accomplice following Mr. Chukwuemeka’s petition to the effect that his fixed deposit of N265 million, which he made with the UBA in 2009, had disappeared into thin air by 2012 when it should have matured. Mr. Aroh was the branch manager of UBA, Idumota 2 Business Office at the time the transaction took place.

Both defendants pleaded not guilty at today’s arraignment. Justice Ipaye granted them bail, but ordered them remanded in Kirikiri Prison until they meet their bail conditions.

A charge sheet signed by the lead prosecution counsel, George Adebola, alleges that, between June 2008 and July 2009, Mr. Aroh and Mr. Abimbola fraudulently stole the sum of N108 million naira from the UBA. At the time of the alleged crime, the former commissioner worked as the UBA’s branch manager at the bank’s Idumota 2 branch.The EFCC alleges that, on or about July 12, 2012, the defendants forged a certificate of deposit number TD0424000010226 for the sum of N60 million naira in favor of Mr. Chukwuemeka.

The anti-corruption agency also alleges that Mr. Aroh, who served as a commissioner under Governor Peter Obi of Anambra, also altered a United Bank for Africa certificate of deposit number TD0424000010226 for the sum of N60 million naira to Mr. Chukwuemeka in order to pass it off as genuine.

The prosecution also asserts that Mr. Aroh and Mr. Abimbola breached financial regulations when they forged UBA’s certificate of deposit number TD0424000010226 for the sum of N85 million in favor of Chalton Nigeria Limited. In addition, the EFCC alleges that, on July 16, 2012, the two defendants altered a UBA certificate of deposit number TD0424000010226 to Emmanuel Chukwuemeka of Chalton Nigeria Limited in order to give the impression that it was genuine.

The prosecution also alleges that the former commissioner fraudulently tampered with customers’ funds entrusted to him while serving as the branch manager of Idumota 2 branch of UBA.

“The customer later presented deposit certificate summing up to N265 million naira. His accounts were reviewed and it was discovered that he has two FTDs with the bank totaling N120 million naira and N60 million naira each booked on his account.”

After a thorough investigation and upon examination of four fixed deposit certificates presented by Mr. Chukwuemeka, the bank concluded that the two defendants had tampered with the customer’s deposits, draining most of it through Petroz Nigeria Limited, a company the prosecution says belongs to Mr. Aroh. 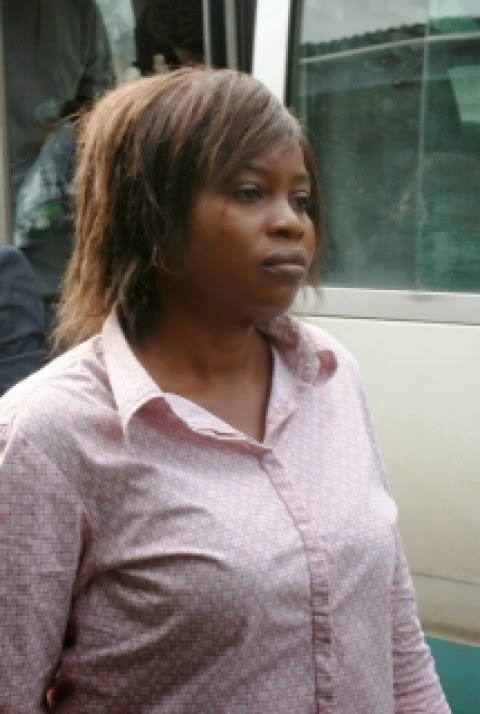