Boko Haram : FG must speak with one voice - APC 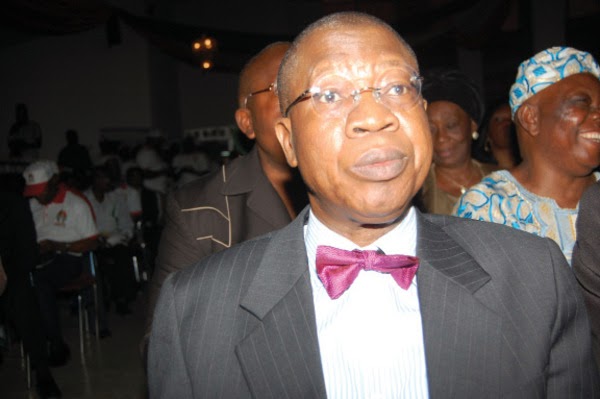 Below is an official statement from PDP's rival, APC on the Boko Haram menace.

Boko Haram: FG must speak with one voice - APC

The All Progressives Congress (APC) has urged the federal government to immediately stop the discordant tunes emanating from the highest echelons of government and speak with one voice on issues concerning the ongoing efforts to find and rescue the schools girls abducted by Boko Haram.

In a statement issued in Abuja on Thursday by its Interim National Publicity Secretary, Alhaji Lai Mohammed, the party said the conflicting statements credited to top government officials over the conditions given by Boko Haram for releasing the girls were totally unwarranted and could send the wrong signal to the insurgents and hinder the efforts to ensure the safe return of the girls.

It said the government must designate a spokesman, be it the Minister of Information or whoever the government deems fit, to be responsible for daily relaying to the public any relevant information concerning the search for the missing girls, instead of allowing a cacophony of voices on the issue.

''Information management is key if the government itself is not to jeopardize ongoing international efforts to find and rescue the girls, and the government must move fast to keep the nation informed through an established channel, in line with global best practices under such circumstances,'' APC said.

The party said while Interior Minister Abba Moro and Senate President David Mark have said the government would not negotiate the release of the girls, Information Minister Labaran Maku, Director-General of National Orientation Agency (NOA) Mike Omeri and Special Duties Minister Taminu Turaki have hinted that the FG will do whatever it takes to free the girls, meaning that all options are on the table.

To compound matters, President Goodluck Jonathan was widely quoted in the local newspapers Thursday as saying the government would not release the incarcerated Boko Haram members in exchange for the girls.

''This kind of utter confusion is a window deep into the inner workings of the federal government as far as this critical issue of finding and freeing the girls is concerned, and it is unfortunate.

''This is the kind of befuddlement that has characterized the FG's response to the Boko Haram crisis and led to a sorry pass where a nation widely acclaimed for its global peacekeeping role is now at the receiving end of a global efforts to save it from itself,'' APC said.