Woman impersonating soldier arrested after Boyfriend ratted her out 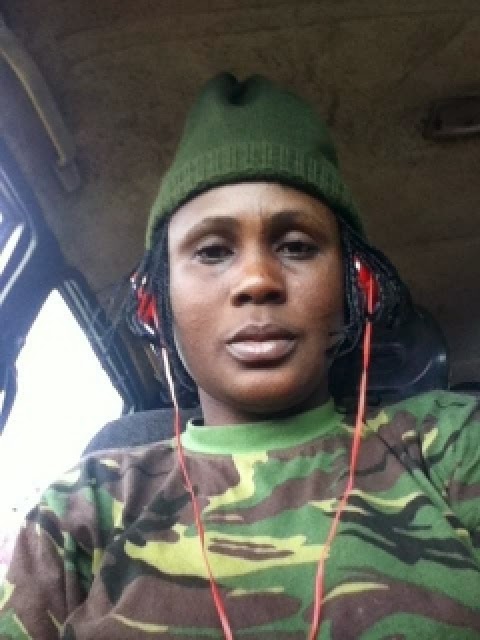 This is a classic story of love gone sour, a lady has been arrested by the Nigerian army for impersonation after her boyfriend reported her suspicious behaviour to authorities.

Angela Tonye Omieh was arrested by the Ondo state artillery brigade and paraded at the barracks yesterday.She was found with two pairs of camouflage, a camouflage t- shirt and shorts, one pair of desert boots, one jungle hat, three handsets, and a military uniform.

Upon interrogation, the suspect claimed she had lost her military identification card but then confessed to the crime and said she had bought the military uniforms from an army depot in Northern Zaria, Kaduna state. she never attended any military school, and was not qualified or had any prerequisites as a military officer.

Her boyfriend who gave he up, Collins Jegede claims he met her on facebook and after sometime they started dating. Collins stated that he started suspecting her after their first meeting, instead of seeing him at the Ojo Military barracks she lodged him in a private hotel at Agbado-Ijaye, Sango Axis of Ogun State. Jegede said he became more suspicious when Omieh paid him a visit on April 17, 2014, and claimed she was reporting to military officers in charge of a checkpoint at Owo in Ondo State. 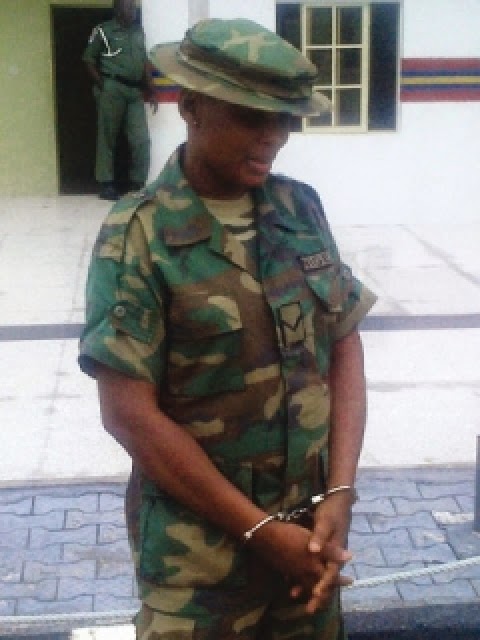