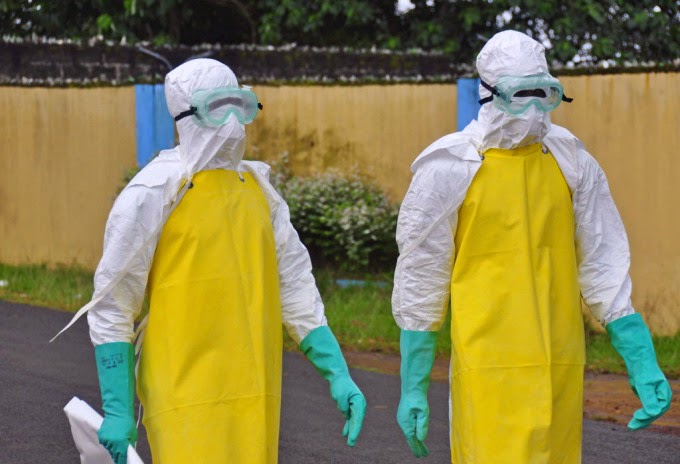 Officers of the Nigerian police force and Immigration arrested over 39 foreign nationals in Lagos yesterday.

The nationals from congo and Sierraleone were busted in 2 different hotels following a tipoff from residents amidst fears of a spread of the deadly Ebola virus disease.(continue)
Area Commander, Imohimi Edgal(ACP), Area A Command, Lion Building, contacted Immigration and Health officials who stormed Benin Hotel and an undisclosed guest house, situated on Atere street arrested the foreigners of whom 35 are citizens of the Democratic Republic of Congo, while others are from Sierra Leone. Investigations are still, ongoing to determine if they are in the country legally and free from the virus.