Photo of Ecowas diplomat that brought Ebola to Port Harcourt 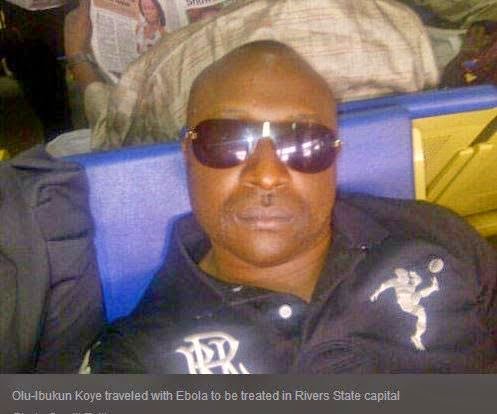 This is the picture of Olu-Ibukun Koye, the Nigerian ECOWAS diplomat who is responsible for spreading the deadly Ebola virus to Port Harcourt,  Rivers state.

Koye was among those who had primary contact with Patrick Sawyer and was quarantined in Lagos but escaped to Port Harcourt where he met with the late Dr. Iyke Enemuoh who treated him secretly in a hotel. (continue)
Koye was discharged shortly after and tested negative of the virus on getting to Lagos, but unfortunately Dr. Enemuoh fell sick and died. His wife opened up and his corpse tested positive the the virus.

Enemuoh's wife is 3 months pregnant and infected with the deadly disease.Koye will be facing charges for manslaughter.