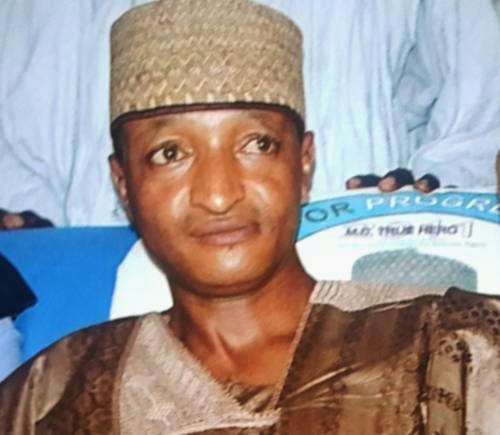 The Economic and financial crimes commission has declared a Bauchi guber aspirant wanted for fraud to the tune of $500,000 (five hundred thousand dollars). Below is a press release from the commission.


A Gubernatorial aspirant in Bauchi State, Abdulahi Usman Adamu, alias Dan China, has been declared wanted by the Economic and Financial Crimes Commission, EFCC. The politician cum miner is wanted by the anti-graft agency for allegedly obtaining the sum of $500,000 USD (Five Hundred Thousand United States Dollars) from a Chinese Company, Shengjia International (HK) Limited, by false pretence. The suspect allegedly obtained the sum from the Chinese firm as part payment for the supply of 3000MT of Lead Ore, a contract he failed to execute. (continue)Following a petition by the Economic and Commercial Counsellor’s Office of the Embassy of the People’s Republic of China, the EFCC invited the suspect for questioning but he failed to honour the invitation. The suspect is currently on the run as efforts to track him, including several visits to his home in Narabi, Bauchi, proved futile.

Consequently, the Commission enjoins any one with useful information on his whereabouts to contact its head office inWuse 2, Abuja or zonal offices in Gombe, Kano, Enugu, Port Harcourt and Lagos; or the nearest police station.
His last known address is No. 1 Sabon Gari, Narabi, in Toro Local Government Area of Bauchi state.