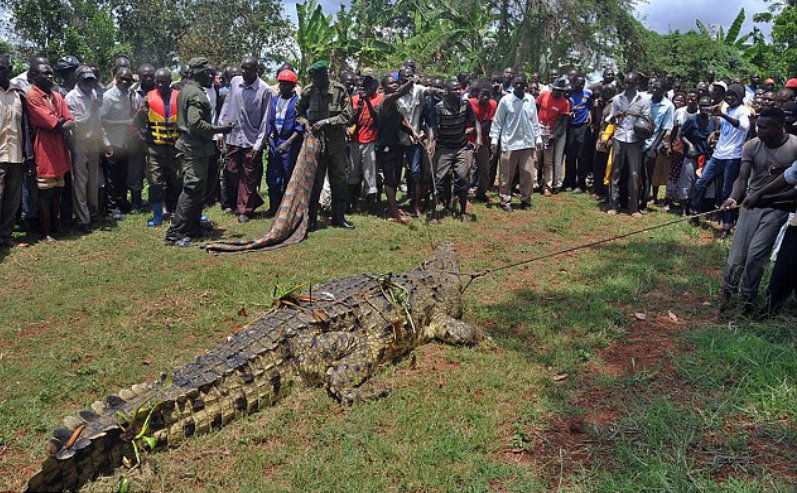 An 18ft man-eating crocodile has been captured on the banks of lake victoria in uganda.

This water monster is responsible for killing and eating at least 6 people comprising mostly of fishermen.The enormous beast that weighs approximately a tonne, was caught after worried locals demanded wildlife officials hunt it down.

It is believed to be over 80 years old and it was caught using a large chunk of meat on a hook following a four-day search. It was trapped in a corner before being binded up with rope. Instead of being killed, it was transferred to the Murchison Falls national park, Uganda.

See another image below.... 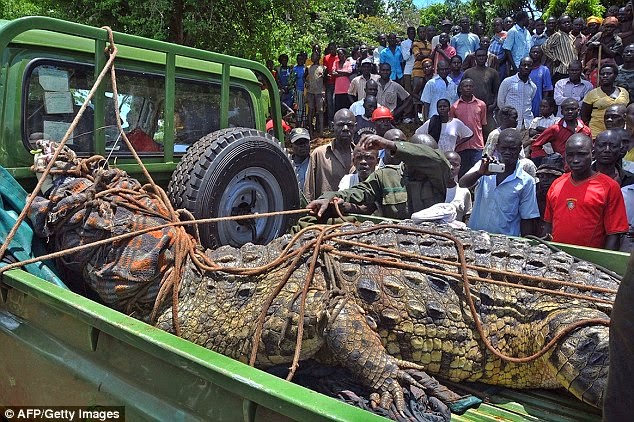